Alice in Wonderland may be breaking box office records the world over, including an IMAX opening gross that bested the behemoth Avatar, but the critics have been left feeling far from wonderful. Whilst the surreal visuals have been met with almost universal praise, the film’s narrative has been criticised as thin and lacking the sincerity of its literary basis. So with his latest film receiving such mixed reviews, one can’t help questioning; has Tim Burton lost it? To find out, let’s take a look at his best and worst: 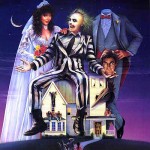 Beetlejuice: One of Burton’s earlier works, the film brims with dark humour and gothic set-ups that the auteur would become known for. Made in 1988, the film stars Michael Keaton as the titular character, a “bio-exorcist” hired by newlyweds-turned-ghosts Geena Davis and Alec Baldwin to rid them of their obnoxiously alive housemates. With an impressive use of make-up and special effects alongside a subversive take on the haunted house convention, Beetlejuice proves that Burton is capable of both inspired visuals and imaginative storytelling. 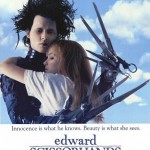 Edward Scissorhands: Uniting Burton and Johnny Depp for the first time, this cult classic mixes elements of fairytale fables and kitschy pop-culture to create a truly unique piece of cinema. When the gentle and misunderstood “monster” Edward [Depp] is taken in by the local Avon lady, he is first feared, then embraced, then ostracised by the community, all the while pining after the young and beautiful Kim [Winona Ryder].  It’s Frankenstein meets Beauty and the Beast meets Tim Burton. Need I say more? 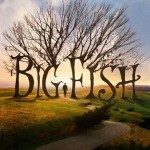 Big Fish: Not the most remembered Burton film, Big Fish shows that the director isn’t all about Gothic kookiness. Nonetheless, the movie is no stranger to the weird and wonderful, from witches, giants and werewolves to, of course, enormous fish. Ewan McGregor and Albert Finney play Edward Bloom respectively, a man who lives and breathes tall tales. Underneath all the whimsy lies one of Burton’s most earnest yarns, exploring the uneasy relationship between a dying father and a son who can’t quite find the right way to say goodbye.

But enough gushing, here’s a couple Tim Burton turkeys you might want to forget: 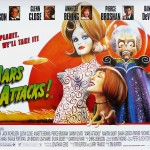 Mars Attacks!: Burton’s B-movie parody failed to elicit the same quirky tone as his other works, feeling more like a smug mockery of the retro sci-fi genre than a witty or thoughtful pastiche. Even with its star-studded cast, which included the likes of Jack Nicholson, Glenn Close and Pierce Brosnan, the film remained a jumbled, unusually unfunny mess. Much like Alice, Mars Attacks! offered some inspired special effects, but what it needed was more of Burton’s trademark humour and heart. 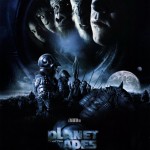 Planet of the Apes (2001): Yes, that’s right, Tim Burton was responsible for this. Everyone blame Burton. It is hard to believe that the director had any hand in this big budget fiasco, let alone the idea that he had full control. Devoid of any of his famous morbid motifs or themes, the film was a dull remake that should have never been remade. Not only a perplexing departure in style for Burton, Planet of the Apes is a prime example of what happens when any director takes their rather bizarre subject matter far too seriously. But what do I know, it made millions after all.

Burton’s passed proving his ability as a director, with a vast amount good outweighing any bad. Only time will tell if he can turn around the disappointment of Alice and make another spectacular film worthy of his name.