Deadline has announced that Daniel Craig has signed on to star in David Fincher’s American adaptation of Stieg Larsson’s The Girl with the Dragon Tattoo, a deal which could include the two follow up pictures, The Girl Who Played with Fire and The Girl Who Kicked The Hornet’s Nest. 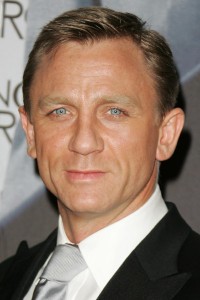 The bestselling ‘Millennium’ trilogy, written by Larsson has become a worldwide phenomenon, selling a total of 27 million copies as of May 2010. The stories of Mikael Blomkvist and Lisbeth Salander were, unfortunately, halted by the death of Larsson in November 2004. But it is believed that half finished manuscripts of further stories do exist, and that a total of 10 were due to be completed.

Craig is due to be quite a busy chappy now, with three franchises virtually sitting at his door. The Blond Bond is still waiting to see from MGM when this ‘indefinite hiatus’ on Bond 23 will be over – with the film production company up for sale any work on the film has been put on hold. Although Sam Mendes did pull out of the film, he is still contracted by MGM so we will just have to wait and see what happens. As well as Bond and Millennium, Craig is just finishing Cowboys and Aliens, co-starring Harrison Ford, with an option for a second film. 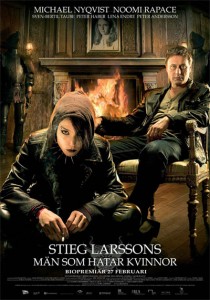 So what do you think of the choice? After hearing several names being thrown around include Craig’s, but also Brad Pitt, George Clooney and Johnny Depp, do you believe this is the correct way to go? The journalist Mikael Blomkvist is meant to embody the everyman while his essence is, hopefully going to make use of the foreign roots of the novels.

Sony have said that they intend to release The Girl With The Dragon Tattoo in December 2011. But in the meanwhile, you can catch the Swedish adaptation starring Michael Nyqvist and Noomi Rapace which has just been released on DVD.