New poster and trailer for Jim Jarmusch’s ‘Down By Law’ 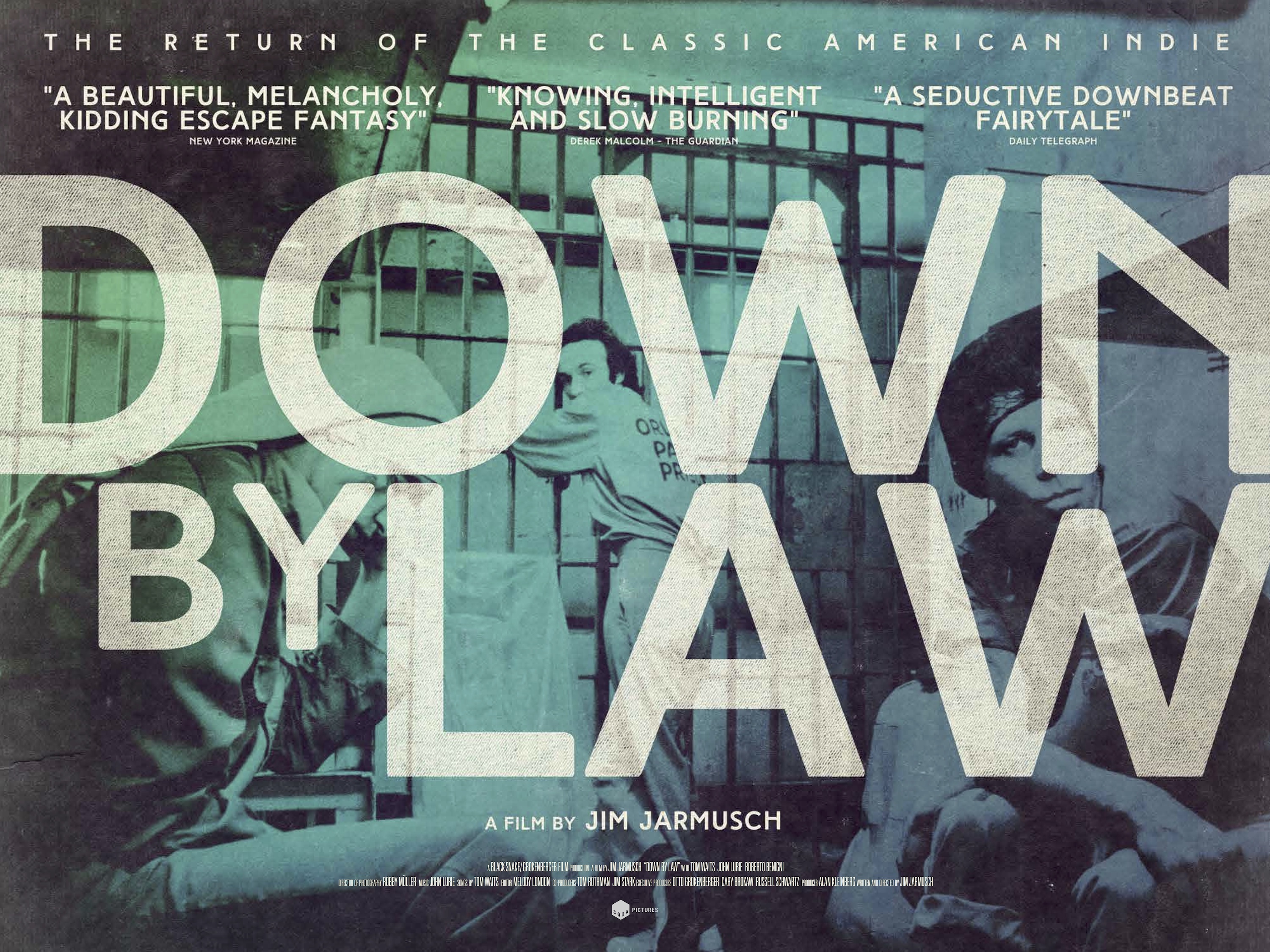 DOWN BY LAW, the 1986 cult classic, and follow up to Jarmusch’s breakout film Stranger Than Paradise, is an exploration of America from the outside-in. In a prison in Louisiana, three hapless men are brought together by fate – Zack, an out of work disc jockey (Tom Waits), Jack, a small-time pimp (John Lurie), and Roberto, an eccentric Italian tourist (Roberto Benigni). As they become friends Roberto makes a plan for their escape. Described by Jarmusch as “neo-Beat noir comedy”

In fully re-mastered glory DOWN BY LAW will have a limited run re-release in September, playing as part of the BFI’s “Jim Jarmusch and Friends” season (9 – 12 September, BFI Southbank) as well as other venues across the country. The film will be released digitally on 15 September and will be one of six films to be re-released for the first time in the UK on Blu-ray as part of the JIM JARMUSCH COLLECTION on 6 October. Other films on the box set are Permanent Vacation, Stranger Than Paradise, Mystery Train, Night On Earth and Dead Man.