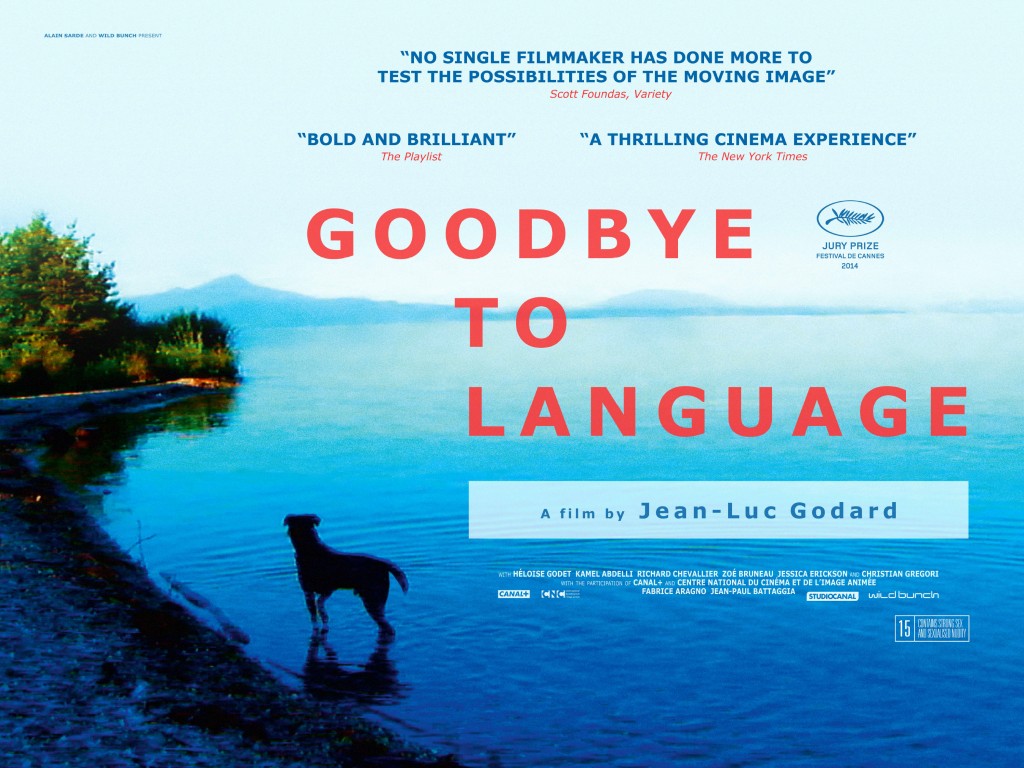 Goodbye to Language, A film by JEAN-LUC GODDARD

the idea is simple

a married woman and a single man meet

they love, they argue, fists fly

a dog strays between town and country

the other is in one

the one is in the other

and they are three

the former husband shatters everything

the same as the first

and yet not from the human race we pass to metaphor

this ends in barking

and a baby’s cries