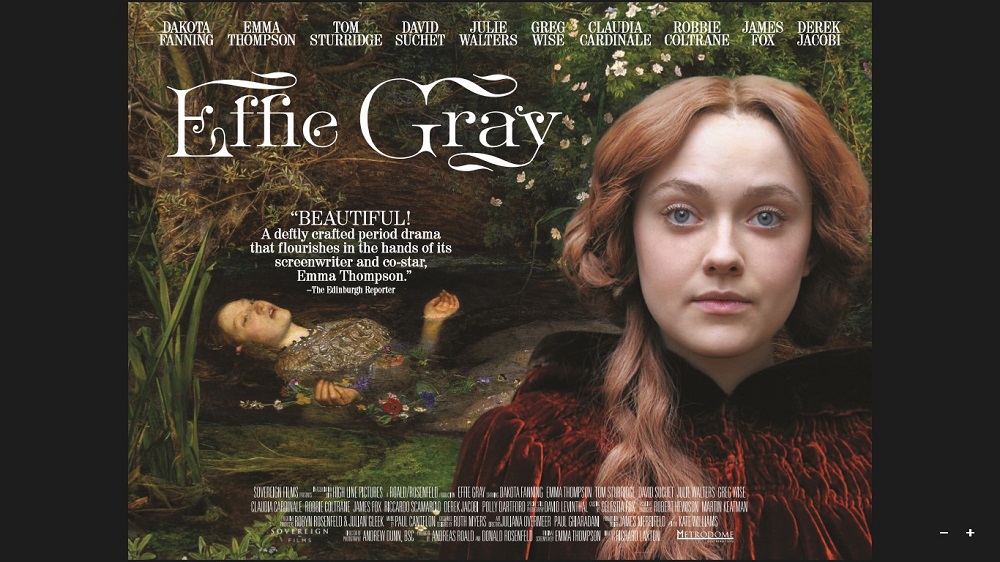 EFFIE GRAY is the first original screenplay written by Emma Thompson and features an accomplished cast lead by Dakota Fanning (War of the Worlds, Man on Fire), who delivers a career-marking performance in her first adult starring role as the eponymous Effie.

The film is produced by Andreas Roald and former President of Merchant Ivory Productions Donald Rosenfeld, who created such cinematic masterpieces as The Remains of the Day and Howards End and also recently produced Terence Malick’s Tree of Life. EFFIE GRAY was filmed in the Scottish Highlands, London, and Venice, Italy. Andrew Dunn (Gosford Park, The Madness of King George) is the cinematographer and two-time Academy Award nominated Ruth Myers (LA Confidential, Emma) designed the costumes. Paul Cantelon (The Diving Bell and the Butterfly) composed the score.

Effie Gray is released in UK cinemas on 10th October.