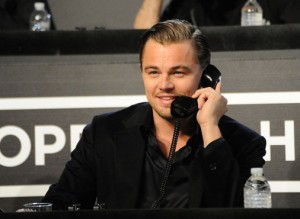 E! News revealed that the Hollywood A-lister agreed to shoot the TV advert for Chinese company Guangdong OPPO Mobile Telecommunications Corp, which is being hailed his most lucrative endorsement deal.

The generously-paying commercial gig is scheduled to be shot in April but will only be shown on Asian television networks.

You’d wonder between shooting upcoming movies J.Edgar and his active philanthropic work, just how Mr Di Caprio has the time to take on any new projects. But then again, he would have to be crazier than an Inception plotline to pass up on this $5million deal.