A trio of high profile trailers have recently been revealed, causing much excitement across the internet and the film world. First is David Fincher’s Gone Girl, based upon the novel by Gillian Flynn and starring Ben Affleck & Rosamund Pike.

On the occasion of his fifth wedding anniversary, Nick Dunne (Ben Affleck) reports that his beautiful wife, Amy (Rosamund Pike), has gone missing. Under pressure from the police and a growing media frenzy, Nick’s portrait of a blissful union begins to crumble. Soon his lies, deceits and strange behavior have everyone asking the same dark question: Did Nick Dunne kill his wife?

The first teaser poster has also been revealed today. 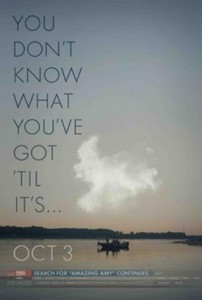 The next trailer is for David Cronenberg’s follow up to 2012’s Cosmopolis starring Robert Pattinson, Map to the Stars. This satirical drama has a screenplay penned by Bruce Wagner (Dead Stars) and features an incredible cast including Julianne Moore, Mia Wasikowska, John Cusack, Robert Pattinson and Olivia Williams.

The film concerns the plight of two former child-stars, while commenting on the entertainment industry’s relationship with western civilization as a whole.

Lastly, it has been 10 years since Crash won Paul Haggis an Oscar and this year he returns with another tale featuring an all star cast including Liam Neeson, Mila Kunis, James Franco, Olivia Wilde and Maria Bello, weaving together seemingly disconnected stories in a dark fashion. After it’s world premiere at TIFF last year, Third Person will be in cinemas later this year.

All three of these films are expected to arrive later in 2014.