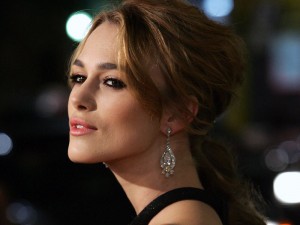 Hollywood heavyweight Keira Knightley has admitted to putting big-budget blockbusters on the backburner, as they tend to “make life rather tricky”.

Currently doing the rounds at the Toronto International Film Festival, Knightley is promoting her upcoming historical drama A Dangerous Method which has already generated some major Oscar-buzz.

The World War I drama focuses on the raging relationship between pioneering psychoanalysts Carl Jung and Sigmund Freud, with Knightley portraying the Russian patient Sabrina Spielrein who comes between the pair.

The 26-year-old star’s much acclaimed performance in David Cronenberg latest drama may see her land her second Academy Award nomination, but the intense role took some real research. Talking exclusively to E! News, Knightley admitted that it took four months of reading to prepare for the role of Sabrina. She also added “With a character like this one, it is so far away from me fortunately, so it was really about building her from the ground up.”

While the Pirates of the Caribbean franchise brought the actress phenomenal box-office success so early on in her career, she admits she made a “conscious decision” to move away from such roles. Although she admits she was extremely lucky to land those parts, she says “It did make life rather tricky, just getting out of the front door.”

A Dangerous Method is scheduled for a November 2011 release.