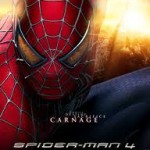 Spiderman fans will be pleased to hear that the upcoming sequel has secured another actor for its production: up and coming star Emma Stone. The star of 2010’s successful Easy A who also appears in Superbad and Zombieland amongst others, has confirmed she will be taking the role of Gwen Stacy (previously played by Bryce Dallas Howard.) The character causes much controversy amongst fans of the comic books as she rivals Mary Jane for Peter Parker’s affections and it remains contentious which of these are his true love, so Stone will no doubt be under pressure to portray her character correctly.

The film, which is being directed by 500 Days of Summer director Marc Webb, will also see a new Spiderman, with the previous actor Tobey Maguire being replaced by The Social Network’s Andrew Garfield. The pair have been preparing for their roles in a number of ways, including attending science classes as according to Stone “Gwen really likes science so we learned about science. I was home schooled, so I never went to chemistry class in a traditional setting like Gwen is into.” Despite the undoubted pressure to meet fans expectations Stone intends to approach it “just like any other movie” and refuses to be daunted by the enormity of the role.