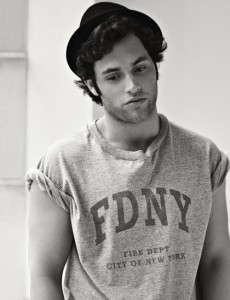 It appears Blake Lively isn’t the only member of Gossip Girl to gain some heavyweight Hollywood attention, as Penn Badgley signs on to play Jeff Buckley in the upcoming biopic Greetings from Tim Buckley.

The Easy A actor will portray the late musician in this true-to-life father and son drama, which centres around a young Buckley during the days before his legendary performance at his father’s 1991 tribute concert.

The 24-year-old actor beat out stiff competition for the role, as it was rumoured that both 127 Hours star James Franco and Twilight heartthrob Robert Pattinson were eager to play the part.

On snagging the sought-after starring role, Bagley said: “To play a man who was singularly gifted as an artist, greatly misunderstood and mythologized as a human being… It’s something very special and sacred. I’m going to give all I can to this project.”

With director Jake Scott on board, filming for Greetings from Tim Buckley is scheduled to begin in August.