According to the latest Deadline article regarding the film, Emma Stone has been offered the part of Sarah Jane Parker in the new and rebooted 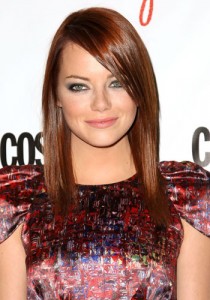 Stone has already featured in films such as ‘Superbad’, ‘Zombieland’ and the popular sitcom, ‘Malcolm in the Middle‘ which are unlikely to have shown her true talent as an actress. With the offer of this new role, which we assume she is likely to accept, it will be the long-awaited chance for us to see her true depth as a character.

Other names that are circulating include Alice in Wonderland’s Mia Wasikowska and Glee’s Dianna Agron. Unconfirmed sources have also leaked that Philip Seymour Hoffman is being considered for an unconfirmed roll in the new action movie, this time directed by Mark Webb.