What Is Disney Doing To Stay Ahead Of The Curve? | Front Row Reviews
Home
News

What Is Disney Doing To Stay Ahead Of The Curve? 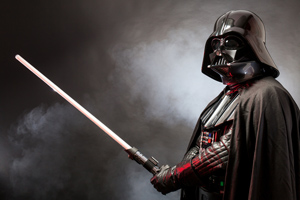 As one of the world’s most renowned film studios, which also own an extensive media network, a number of theme parks around the globe as well as publishing and merchandising rights for countless pieces of music and characters, you would think that Disney has got it pretty much made and can rest easy that it will forever remain ‘ahead of the curve’.

However, the habits of today’s entertainment consumers are changing all the time. While some continue to make regular cinema pilgrimages to see blockbuster Hollywood movies, others prefer to remain in the comfort of their own home, watching films more suited to their own tastes. Despite being around for nearly 100 years, Disney is certainly not living in the past and continues to adjust its offering for modern audiences. Staying at the top is tough these days, but Disney is in no mood to relinquish its crown.

Disney’s strategy to appeal to all audiences

Irrespective of its size and scope, Disney still needs a guaranteed source of income if it wants to appeal to as many different demographics as possible. Thankfully, Hollywood blockbusters can be relied upon time and time again in terms of attracting people and profit.

Chris Beauchamp, Senior Market Analyst at IG explains the way in which the likes of Star Wars are crucial to Disney’s whole strategy: “Studios are a bit like pharmaceutical firms really.

“They have to keep these big names [blockbusters] going to provide funds for those projects that aren’t quite the sure-fire hits like Star Wars, that you know will make money.

“Blockbusters provide the funds for more speculative movies that are not expected to be successful – like Up! and Frozen – but actually came through to be very big. But it’s those sort of small ventures that are needed to try and generate some more interesting profits.”

Even so, on-demand streaming services like Netflix and Amazon Instant Video mean that certain audiences are rejecting the cinema experience altogether. Consequently, Disney has adopted an “if you can’t beat them, join them,” approach.

Disney launches its own streaming service

Containing “the biggest Disney movie collection in one digital membership,” DisneyLife gives audiences access to the studios’ most acclaimed and admired films, from animations such as The Jungle Book to live-action features like Pirates of the Caribbean.

But as opposed to rival services including Netflix and Amazon, this new endeavour also comes with bloopers and behind-the-scenes insights to give Disney a unique upper hand. What’s more, subscribers also benefit from books, music, and the option to download one free app each month, all in up to five languages.

Members of DisneyLife can create six profiles per subscription and spread its back catalogue across 10 compatible devices, which includes both iOS and Android. The ability to use Airplay and Chromecast, along with the option to download content, shows that Disney recognises and respects just how significant this market segment is.

It remains to be seen whether Disney will pull its own productions from rival streaming services, but by leveraging the company’s other interests in media and publishing, DisneyLife looks like a proposition the competition will find difficult to beat. For this reason, prolonged prosperity is somewhat of a certainty for Disney.

So, whether it’s investing in Star Wars – thus adding a new lucrative franchise and merchandise opportunities to its stable – or embracing modern viewing habits with DisneyLife, Disney is not standing still. It never really has to be fair and it’s this drive to keep track of viewer tastes on and off screen that ensure Disney is right at the head of the curve.