PEOPLE.co.uk have reported this week that Daniel Craig has been offered a multimillion pound deal to continue playing British Secret Service Agent, James Bond AKA 007. If Craig accepts the deal, it would see him starring in five more James Bond films making a total of eight, one more than Roger Moore’s seven performances over 12 years. 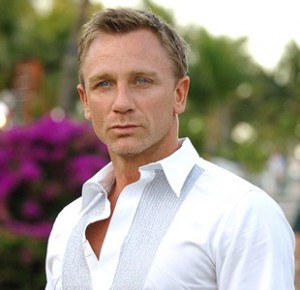 Bond producer Michael G Wilson, who has been working with the franchise since 1979 said: “Daniel’s been a terrific Bond, a superb actor and a ­terrific man. The fans love him and I don’t think there’s a better actor to play the part.”

Craig is currently shooting Skyfall, his third Bond film and Wilson said that, “Filming has gone very well so far and I’d love Daniel to surpass Roger’s record and do eight pictures. Daniel’s been an absolute pleasure to be around because he takes the role so seriously. There’s really no one more passionate about making these films work than him – he’s a film maker’s dream.

In terms of financial details, Casino Royale, Craig’s Bond debut, took over £300million at the box office to become the most profitable 007 film in history.

Several events are set to coincide with Skyfall’s release next winter, including an extravaganza featuring all the actors to have officially played the spy. They are Connery, 81, George Lazenby, 72, Moore, 84, Timothy Dalton, 65, Pierce Brosnan, 58, and Craig.

Wilson said: “We’d really like to get all six together. We’re trying to find a way for fans to celebrate with us ­because they’ve been the reason the Bond films have been the success they have.”