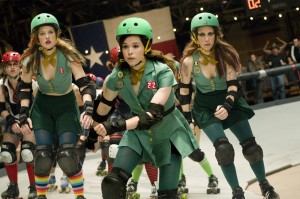 The Birds Eye View Film Festival is an annual film festival in London that celebrates and screens films made by female directors or films with iconic female performances. The 6th festival line up has just been launched, running from 4-12th March 2010 with films showing at both the BFI and ICA in London among other venues. We’ve had a look and alongside many short films and workshops the not to be missed highlights include a screening of Drew Barrymore’s directorial debut Whip It on at the 12 March at the BFI – starring Ellen Page as an indie girl who gets into the world or roller skating derby’s. Another recommended watch is Jessica Hausner’s Lourdes which follows a disabled woman’s pilgrimage to Lourdes, whcih is on the 6th March at the Curzon Soho.

The film festival also offers a special retrospective and masterclass from a female director and this years chosen director is the Dane Susanne Bier. Bier was the original filmmaker of the Danish film Brødre whose Hollywood remake Brothers we reviewed last week – see our Brothers Review. This in-depth masterclass will feature discussions with Bier on her career, her passions, inspirations and work.

There also many short and silent film screenings and even a special focus on fashion in film as well as music videos so the festival is not to be missed! For more information on the festival visit the website at www.birds-eye-view.co.uk  and remember women make up only 7% of the directors and 12% of the writers in the film industry today so get behind them and support this great festival!