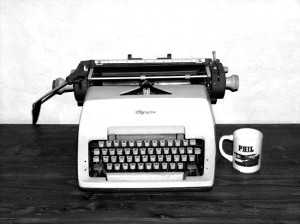 Back in June we wrote about Bafta’s search for the Comedy Writing stars of the future, the search is now officially over.

In London, on Thursday 11 August 2011, following a nationwide competition three of the UK’s most promising comedy television writers were chosen by the British Academy of Film and Television Arts (BAFTA) to mix with cream of the US television industry at the upcoming New York Television Festival (NYTVF).

Anne-Marie Draycott, Thomas Phipps and Greg De Roeck will fly to New York courtesy of British Airways and have their work performed live in front of high profile NYTVF industry attendees at a special BAFTA Rocliffe New Writing Forum on 22 September at the 92|Y TRIBECA.

27 year-old Greg De Roeck from London graduated from the Central School of Speech and Drama in 2005, where he studied Drama and Applied Theatre. Upon graduating, he spent six months with the Royal Court Theatre’s Young Writers Programme. Thomas Phipps (22) read English at Balliol College, Oxford where he met his writing partner Peter Bowden. Together they co-wrote the award-winning satirical magazine “The Oxymoron” and the non-award-winning surreal joke-zine “Animal Rabbit”, which went to the Edinburgh Fringe. Anne-Marie Draycott is a Yorkshire-born actress and writer with a passion for quirky character-based comedy. She met her writing partner Charity Trimm (also from Yorkshire) when they worked with Miranda Hart and joined forces, hosting their own comedy residencies in London and developing stand-up, sketch and musical comedy material.

The intense judging process involved five rounds of voting and the best scripts were read by two juries headed up by Andrew Newman Creative Director, Objective Productions in the UK and Terence Gray, Director of the New York Television Festival in the US. The juries included BAFTA members from London and New York representing writers, producers and acting talent from BAFTA-winning and nominated shows Little Britain, Extras, The Inbetweeners, My Family, Peep Show and Getting On as well as Shane Allen, Head of Comedy, Channel Four. A specialised script report was sent to each of the hundreds of applicants to help them develop their writing and story skills. The winning writers will be mentored by BAFTA members in London and New York representing some of Britain’s most talented comedy practitioners and senior level television executives in the US.

As well as having their work performed by professional actors at the NYTVF, the three writers will receive a festival pass, British Airways World Traveller return flights, accommodation and ‘Official Artist’ status at the festival, allowing them comprehensive access to all festival premieres, hospitality events, panels, screenings and special one-on-one meetings with US TV development executives.

Kevin Price, Chief Operating Officer of BAFTA said:
“This is a unique opportunity for emerging talent to make their mark on a global stage, which is an ideal way for the Academy to utilise its international presence to celebrate excellence in the screen industries. The BAFTA Rocliffe New Writing Forum has a fantastic legacy for discovering new writing talent and we’re very excited about taking this event format to our colleagues in New York.”

Terence Gray, Founder and Executive Director of the NYTVF said:
“The NYTVF was founded to provide a platform for independent artists to showcase their work and gain access to television industry decision makers, and the BAFTA Rocliffe New Writing Forum provides a terrific opportunity for UK-based artists to do just that. We are honoured to partner with BAFTA on this initiative and welcome the chance to shine a light on these artists as well as emerging talent from around the world.”

Farah Abushwesha Co-Founder of Rocliffe said:
“Since the Forum’s inception in 2000, participants have gone on to award-winning success, including Jack Thorne, James Dormer, Claire Wilson and Josh Appignanesi. Now, as the forum moves across the pond, three undiscovered British comedy writers will have the rare and potentially career-changing opportunity to have their work performed in front of prominent US television industry executives. It’s a golden ticket for three new writers.”