BAFTA Searches for the British Comedy Stars of the Future 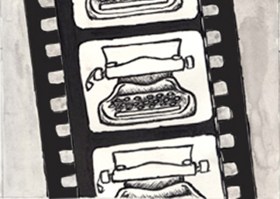 The British Academy of Film and Television Arts (BAFTA) will jet three unknown screenwriters across the pond to the New York Television Festival (NYTVF) in September 2011 and showcase their work in front of the cream of the US television industry.

BAFTA invites UK-resident new comedy screenwriters who haven’t yet had a full television series broadcast to submit a ten minute extract from their TV sit-com or sketch show to BAFTA for consideration for the scheme.

The Academy, working alongside its colleagues in BAFTA in New York, its key partners Rocliffe – the London organisation that founded the new writing forums – and British Airways, Official Airline to the Academy, has teamed up with the NYTVF, the industry’s first independent television festival to offer this once-in-a-lifetime opportunity. Not only will the writers receive a festival pass, British Airways World Traveller return flights and accommodation, they will also have their work performed by professional actors at a special BAFTA Rocliffe New Writing Forum at the NYTVF where a top TV industry guest will give them vital tips and encouragement in front of an audience of TV heavyweights from FOX, FX and IFC amongst others. The writers will also be given ‘Official Artist’ status at the festival, allowing them comprehensive access to all festival premieres, hospitality events, panels, screenings and special one-on-one meetings with US TV development executives.

The BAFTA Rocliffe New Writing Forum is a phenomenally successful event which has been running for over 10 years and has had huge significance for lots of career starters in the film and television industries. Previous guests and patrons include BAFTA-winning and nominated directors Mike Newell and John Madden and screenwriter Julian Fellowes.

“This is a unique opportunity for emerging talent to make their mark on a global stage, which is an ideal way for the Academy to utilise its international presence to celebrate excellence in the screen industries. The BAFTA Rocliffe New Writing Forum has a fantastic legacy for discovering new writing talent and we’re very excited about taking this event format to our colleagues in New York.”

The closing date for entries is 6 July 2011. Full application details and terms and conditions can be found here.

The search is on!