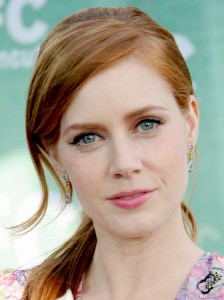 A while back we reported that British actor Henry Cavill had signed on to play the legendary man of steel in the next Superman reboot. Well now we can reveal that starring opposite him will be the effortlessly charming Amy Adams as Superman’s number one love interest Lois Lane. Of the casting, director Zack Snyder commented that “we did a lot of auditioning but we had this meeting with Amy Adams and after that I just felt she was perfect for it.”

In Bryan Singer’s ill-fated Superman Returns everyone’s favourite nosey reporter was played by the nowhere-near-charismatic-enough Kate Bosworth. Whilst Lois can sometimes comes across as snobbishly superior and cold in certain adaptations, Bosworth gave her an entirely new angle – she was a complete bore.  It’s therefore great news that Snyder has cast someone who seems tailor-made for the role.

With several notable films under her belt, including a recent Oscar-nominated turn in The Fighter, Adams looks set to cement her Hollywood status with her biggest blockbuster yet.

The Man of Steel has a planned release date of December 2012 and will also star Kevin Costner and Diane Lane as Clark Kent’s adoptive earth parents Jonathan and Martha, respectively. The villain has yet to be cast, but rumours circulating suggest Viggo Mortensen as a frontrunner for General Zod.