Jon Sanders is a former editor and sound recordist who as director and co-writer (with Anna Mottram) has carved out a unique niche in British cinema. In his Belgrade Manifesto he talked about making films ‘Without Permission’, with his latest feature Late September due for release Front Row Reviews caught up for a chat. 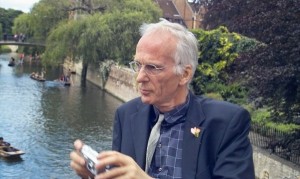 Front Row Reviews: The death of Jim (Bob Goody) in the film was a big surprise.

Did the concept for Late September come from this or the relationship of Ken and Gillian?

Jon Sanders: My first idea was Bob has got to commit suicide [laughs] – that was the first idea. Then the rest of it came, so that absolutely was central.

FRR: Because all the scenes are improvised how do you go about putting together the script?

JS: For about two or three years I write notes in notebooks and I date them very precisely. I probably write the same old shit time and time again but you’re doing it from different angles every time, you see a film, you read a book, you have a conversation, and you slowly get together some form of idea. Then what I do is I go through those notebooks and put it all on little cards, [each card has] the ideas for scenes and the conceptual ideas and then I show Anna and she pulls it all together in quite a massive way.

FRR: How have you found the contrast between working with a budget and on a no-budget shoot like this?

JS: The thing is that you hugely organise what you want to what you can have, in a way that you don’t on a feature film. On a feature if you want a house there you build a house there, if you want five horses you simply pay for them to turn up. But we can’t do any of that stuff, so we have to organise our film to what we have. So for instance I have a cousin with a boat, and I knew that from the word go, so essentially you think ‘Ok, how does that work?’ well I know exactly how that works, Bob dies on the goddamned boat [laughs]. Not only that, you have an actor who’s daughter is a fabulous puppeteer.

FRR: At what point did the puppet scene come into the film?

JS: Quite early on. Early on I thought we’re gonna have a puppet scene. Interestingly enough my teacher was Thorold Dickinson who made The Queen Of Spades and Gaslight and in all those films he had theatre within the film. I had forgotten that, I went to see Gaslight after doing Painted Angels (which also had theatre in it) and I wanted to say ‘Thank You Thorold’. So I’m just copying him, I’m just copying my teacher. 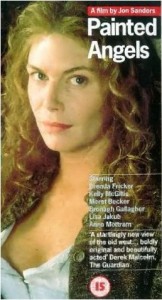 FRR: I remember thinking with your last film Low Tide there was a Bergman influence, what were your influences on Late September?

JS: On Low Tide, I realised I was remaking Cries and Whispers. On this film it was a strange mixture of Journey to Italy (the story of a marriage falling apart) and La Règle De Jeu, the ultimate country house film where everybody comes together, also I like the idea that there are other dramas going on. Everybody’s got a drama.

[Kenji] Mizoguchi is my god really, I think that Mizoguchi has been the one that has really got to me all these years, as a director of women and I’m in my way also a director of women. Mizoguchi developed a technique which was one scene one shot and he did two or three films [like this], I’ve seen The Story of the Last Chrysanthemums and it is just fucking staggering.

FRR: Where do you want to go next, will you carry on with no-budget or would you like to return to the period drama of Painted Angels?

JS: I would very much like at some stage to do films that cost money, but what I would really like to do is to take everything that we’ve learnt as a group from these now three no-budget films in terms of organisation, camera moves, lighting or non-lighting etc and utilise that into costume drama (which I’d like to do again), but to do it much more cheaply because I’m now much better at storytelling. For instance, in Painted Angels we made a film that was two and half hours long and had to throw away an hour but now, on Late September, we shot every scene and we used every scene in the order we said we would.

FRR: And would you still use improvisation?

But I don’t mind this whole business [no-budget filmmaking].

What really hit me very hard is that I wanted to start to make films where reverie and dream are involved. I realised I didn’t know how to do it because I was self-censoring myself because I thought actually there is no way they would ever give you the money to make a weird film like that with non-linear time. So I’ve actually self-censored myself, but the next one does have dreams in it and I thought – that’s what’s going on in my head.

If we want to make a film, as long as we can afford to do it we can fucking do it whatever – without permission, we can do whatever we want, nobody can say yes or no.