With Back to the Garden Jon Sanders completes his trilogy of low budget dramas shot in Kent. These films are unabashed in their focus on older protagonists and bold in their formal rigor and use of improvisation. Along with actress and co-writer Anna Mottram and a repertory group of actors Sanders has made a trilogy that is truly independent both financially and artistically.

Although a realist film Back to the Garden seems to push the idea of ghosts and the unconscious as with the early scene where the woman drifts past on a boat.

Jon Sanders: Yes, that was a dream. I was married before years and years ago but I had that dream before we separated, not on a boat but of somebody inexorably moving away. When we met last time I said I wanted to make a film that had more dream in it but I didn’t know how to do it within a normal financing situation where it would be unlikely you get the money so I had never thought about it. So this is our tentative first go at involving dream and reverie into a film. 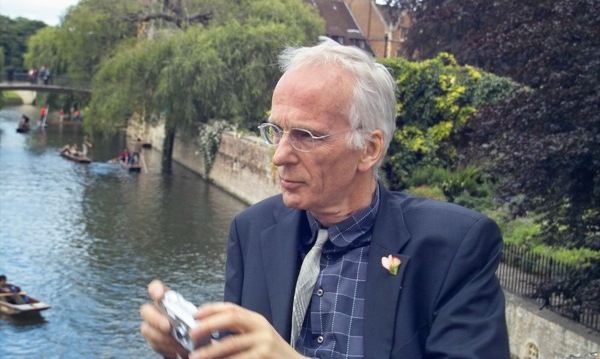 The scene between Maxine and Ed on the boat reminded me of Red Desert.
Are there any particular touchstones for Back to the Garden?

Jon Sanders:  It wasn’t Red Desert – I’m a huge Antonioni fan but the idea of Monica Vitti mad was so upsetting [laughs].
One of things that was very important was that whole idea to vary the emotions and to vary them quickly so that one can go from funny to sad and back again fast to move away from that one note feel. If you can be funny it deepens the humanity of the whole venture and it makes the sad sadder. The master of that is Renoir. You take La Règle du Jeu which is a grotesque and ridiculous story where people are chasing each others wives in a pantomime style and then you’ve got the dead rabbit and you’ve got the dead flyer and you don’t know where you are and that’s how humanity is.

It’s what we’re most proud of on this film, to be serious because it is about death and loss of love but there’s also a comic side to all this as there is in every part of life. We’ve at last got the confidence and skill to get that across and I think this is the most important advance that we as a group have made.

How do you maintain control when using improvisation?

Jon Sanders:  With all the improvisation one is working towards economy, so that what you’re saying to the actors is: ‘Don’t repeat, and at this stage move onto another topic’ so we’re always striving towards economy.

Now in terms of that economy it was at its most critical and I think at its best in the scene between Charlotte and Bob where the two old friends are talking. We did that perhaps four or five times. What they were doing at the beginning was telling the audience what their situation was. And I said we can go further than that, I said ‘You know what she’s been up to, she knows what you’re up to, don’t think for a second that it matters whether we understand it or not because in the end we will, we’ll figure it out’. And it became the most economical shot we did.

It seems like Bob Goody gets puts through the wringer more and more in your films.

Jon Sanders:  I’ve a feeling that he’s my alter ego, so the humiliations that poor Bob has to endure are either ones that I have had or he’s doing it by proxy. There’s a part of Bob that’s the brilliant clown, and he’s always had that. His career is as a character actor, and a comic character actor. But I’ve always seen him as the clown with the somewhat tragic side to him. I’ve never seen a bloke in a film take so much abuse and somehow manage it with a degree of dignity. 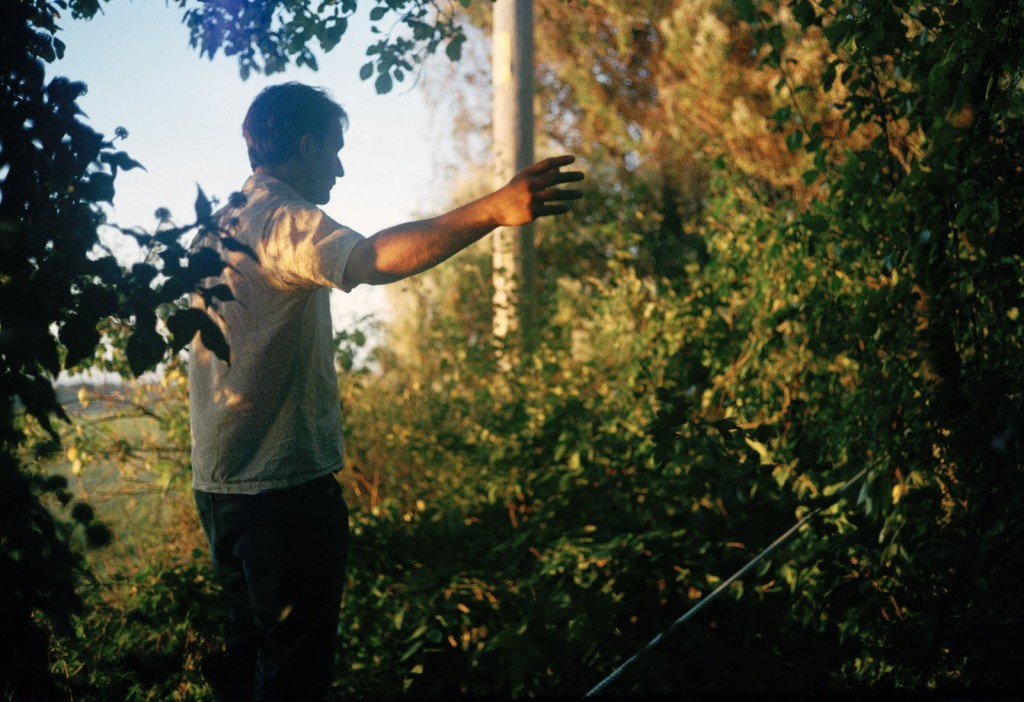 There’s something fresh about seeing these country landscapes that rarely appear in British films.

Jon Sanders:  What got me realising that there’s an astonishing beauty in western European landscapes was a Godard film called Nouvelle Vague. It’s set by the side of a Swiss lake and there’s a wood and it goes up into the canopy of the trees and I thought ‘Wow’. You’d expect to see this if it was in Brazil but you wouldn’t expect to see it there.

I’m a country boy, I was bought up in the country, as was David [Scott, director of photography]. English countryside and country light is astonishing and what allows us to use it is the fact that we’re doing one take. If we want to do dawn or dusk we can do it because you don’t have to get matching shots.

What was the thinking behind switching to the wider Scope aspect ratio for this film?

Jon Sanders:  It was David’s idea that we did it in Scope. He did some tests: In the foreground there was landscape, in the middle ground there was nothing, in the far distance there was fishermen on the edge of the sea. Then in the middle ground a guy came past with a cow. This was 16:9; we then ‘scoped’ it and the tension between the foreground, middle ground, and background suddenly increased so that all three were pulled together. And you suddenly felt they relate to each other in a much more intense way.

The other thing we did was to shoot the whole of the film on one lens. It means the audience knows where it is – it’s always in the same place. In our films that’s on the slightly uncomfortable edge between being a voyeur and being involved. And it’s always there, so if we get closer, we’re going to get closer physically not just optically. It puts you there and it produces an entity, a cohesion.

How does your collaboration with composer Douglas Finch work?

Jon Sanders:  It’s quite a curious process. Way before you shoot you get a feel for what the tone of the film will be and that tone requires a reciprocation in the music. I know very little about music but you get some sort of feel and you know for instance that the outside sounds are going to be very important because it’s the countryside and you’re going to get lost in those sounds. Therefore the music must have enough space in it for those sounds to come through, I thought we can’t have it too dense it’s got to be percussive. I had read somewhere that Bartók said if you’re going to have percussion you’ve got to have two pianos to compensate it. So Douglas came up with laying down two piano tracks along with the flute and the vibraphone.

Most of the music is in dream so it gives some sort of indication of unreality but I thought it would be good to also have music in an area that wasn’t dream that undermined reality because perhaps the whole thing was a dream.

It’s nice how the film slips in and out of reality.

Jon Sanders:  Yes, there’s no heralding. But you look at Bunuel, especially late Bunuel and you don’t know whether you’re watching a dream or not and it doesn’t matter. And that confusion is what makes it so exciting.

Back to the Garden’ is released on 14 March at Curzon Mayfair.
See backtothegardenfilm.co.uk for details of other screenings