Celyn Jones chats Set Fire To The Stars and acting 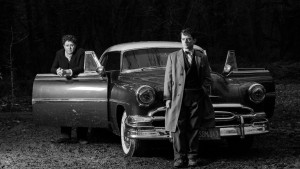 The Commitments had a great impact with its balance of humour, drama and music. The story of a group coming together, against the odds and trying to change their situation really chimed with me. Those characters felt so real and tangible.

One Flew Over The Cuckoo’s Nest is a big favourite of mine. The strength of the ensemble is incredible and I guess it was the first time I started to notice filmmaking as an audience/fan – the camera work, solid narrative and that hugely charismatic central performance. Also whenever I hear a saw being played I think of the film.

Philip Seymour Hoffman in multiple roles. He was truly gifted and will be deeply missed by many. His work was an inspiration to me.

Buttoned up academic tries to save America from Dylan Thomas.

Dylan Thomas said he had the Beast, Angel and Madman all within him, so there’s my three. 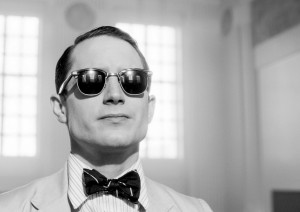 America for the first time and being babysat by the dry academic who thought he knew him better. It’s a buddy movie, an unconventional bromance and a poignantly funny footnote in literatures chaotic and beautiful history where you are often warned ‘never meet your heroes. When we wrote it we wanted to appeal to actors and their talent and bold choices. Every role, we invested in and yet left space for actors to breathe into and fill. We were truly thrilled with what the cast did and brought to the film, it really elevated it.

I took a lot from photographs of Dylan and followed the clues he left by the way he described himself – looking like an unmade bed or too Welsh for the English and too English for the Welsh – and was described by others. The poetry helped and also the stories of his habits and behaviour , apocryphal or not, helped build an idea. Then I thought my entry point would be his ego and vulnerability and how I would have to move and behave without a care, no best-side or flattering angle, just a commitment to the moment he was in. Forgive him nothing but show everything. By the time I got on set I’d put on weight, died my hair and given over to the entire process.

Elijah Wood is a great actor and this film needed a true chemistry between us and that was there from day one. The film is so special to me and I relished and treasured every moment, truly I did. So I can’t pick a favourite but I do hold dearly those wonderful two-hander moments in the movie – on the boat, in the bath, playing chess, smoking where I really felt we gave over to each other us as actors , the crew and trusted the characters. And I also adored sitting back and appreciated the whole ensemble and what they did taking Our characters to dizzy heights with their talent.

I guess it was the performing of the actual poems. Getting that balance between Dylan’s performance voice (which is quite unique and iconic) and a character in a film. Also there are Dylan fans who have a strong idea of who he was and how he should be and really care, so I guess that was swimming around my mind in the beginning. Then I had to forget about that and crack on with the job. 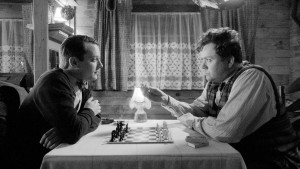 Above all I want audiences to be thoroughly entertained. It was a great thrill in cinemas hearing audiences laugh and gasp at Dylan and then be moved to tears by John and the fragility of humanity and weight of ambition.

Listen to the other actors, re-act to the moment and play the energy that’s in the room. Also try to understand the story that you, as a person, as a figure tells – what story do people see when they see you?

And trust your director, trust what they see and feel is the right thing. Andy Goddard was masterful at the helm and had the reigns and my back throughout, pushing me when I needed to be pushed and letting me go at the right moment, I owe a lot to him and his talent for helping me achieve my Dylan.

Set Fire To The Stars is available to rent and buy on We Are Colony from Saturday 14th May, with over 60 minutes of behind-the-scenes extras www.wearecolony.com/set-fire-to-the-stars

We Are Colony is a global film streaming platform connecting passionate fans to great films through exclusive access to behind-the-scenes extras including deleted scenes, interviews, documentaries, stills, scripts and more.