The Genius of Alfred Hitchcock at the BFI
Home
Features

The Genius of Alfred Hitchcock at the BFI – Festival

At Front Row Reviews, we are very excited to announce that we are attending the brilliant Genius of Alfred Hitchcock festival, which is currently taking place at the BFI, Southbank. The festival takes place between June and October this year, splitting the work into three sections – ‘The newly restored silent films’ and then ‘The Genius of…’ Parts One & Two. 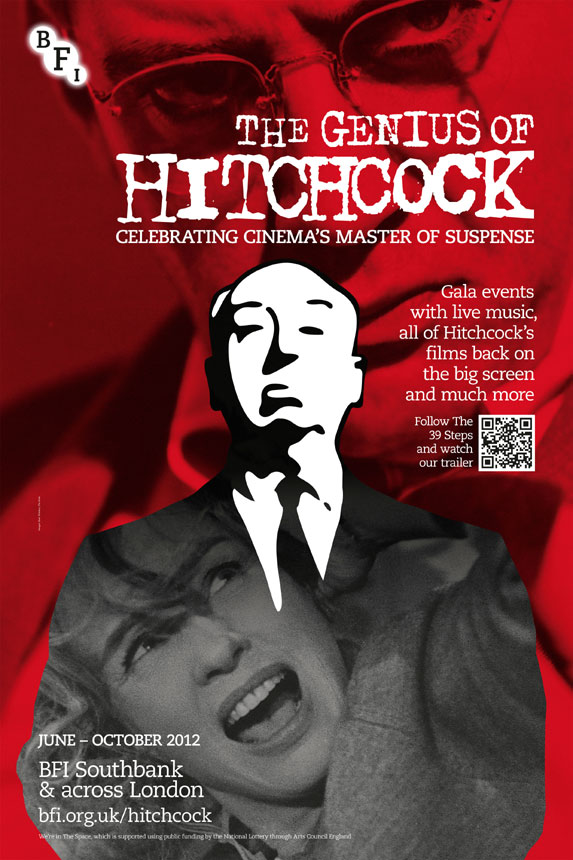 One of the world’s greatest directors, Alfred Hitchcock excelled in a variety of genres during his early British career, before moving to Hollywood in 1939. It was here he became known as the ‘Master of Suspense’, producing some of the most analysed works in the history of cinema. With Vertigo in contention for the top spot in Sight & Sound’s Greatest Films Poll, and the BFI’s restoration of his surviving silent films, Hitchcock’s remarkable body of work remains as relevant as ever.

It’s fair to say that more has been written about Hitchcock and his work than about any other director, but the BFI’s celebration of his films – structured around 39 ‘steps’ which examine different aspects of his life and work – takes a fresh look at this formidable oeuvre, especially with regard to how themes, motifs and tropes present in the best known later films actually grew out of earlier, less familiar titles. This retrospective (complete except, of course, for The Mountain Eagle, sadly long lost) is ordered not chronologically but in such a way that we may explore how certain aspects of his art developed over the years; how different themes relate to one another; and how all this made for a body of work notable for its diversity and its coherence. Whatever its subject, a Hitchcock film is almost always immediately recognisable as a Hitchcock film.

Particular highlights include silent classic, The Lodger, which contains a new OST by world musician Nitin Sawhney. The film was originally released in 1926 and written by Eliot Stannard. It stars matinee heartthrob Ivor Novello as a mysterious lodger suspected of being the serial killer known as the Avenger, who has a taste for young blondes. He rents a room at the Brownings’, whose daughter happens to be dating the detective investigating the murders. Made for the then newly created Gainsborough Studios The Lodger was heavily influenced by the German expressionist movement.

Further highlights include Notorious, Dial M For Murder 3D, Psycho, The Birds etc (I could go on all day, massive Hitchcock fan here!)

Anyway, check back to FRR over the coming weeks for some reviews and make sure you pop along to the BFI to witness history on screen!

Win The Lodger OST on FRR

For times, full info and to book tickets, please check the BFI