The A-Y of Kick-Ass

Kick-Ass is released this week and, I can tell you with a great level of confidence, is one of the coolest films to be released this year. In honour of this momentous cinematic achievement we’ve decided to provide you with an A-Z of Kick-Ass, providing you with everything you need to know about Matthew Vaughn’s refreshing take on the superhero genre. Well, it was going to be an A-Z, but I couldn’t think of a Z, so without further ado here’s your A-Y of Kick-Ass.

A is for Action – Kick-Ass may not have the budget of the likes of Batman or Spiderman, but boy does it still pack a punch. Not only that, most of it’s believable and all of it adheres to the laws of physics. Oh, and it all has consequences, you feel the impact of every punch.

B is for Big Daddy – The alias of Damon Macready and father of Hit Girl is played by Nicolas Cage, back on form after starring in a series of dour films. He’s borderline-psychotic with or without the mask (hilariously channeling Adam West), yet the relationship crafted between Big Daddy and Hit Girl is utterly touching.

C is for C**ts – One of the most controversial aspects of the movie – and it’s already attracted the fury of the Daily Mail – is the foul language, primarily because it comes from the mouth of an 11 year-old girl. In actual fact though the cursing simply fits the character created, and dropping the C-bomb adds to the shock value of being introduced to an tweenage assassin. In short, we don’t have a problem with it.

D is for Dave Lizewski – It may not have the same ring to it as Clark Kent or Bruce Banner, but Dave Lizewski is the alter ego of Kick-Ass. The moniker was chosen after the comic’s writer, Mark Millar, ran an internet auction to be able to name his new hero. The winner, who bid around three thousand dollars, named the character after himself and subsequently the name was retained for the movie as well.

E is for Elvis – In one of the seminal set pieces of Kick-Ass, Elvis Presley’s An American Trilogy blares over the action, proving to be truly unforgettable. It’s a scene which will have you grinning from ear to ear whilst you may never be able to listen to the King with a straight face again.

F is for Frank D’Amico – The villain of the piece Frank D’Amico, mafia boss and father of Red Mist. It’s no surprise that Mark Strong plays this bad guy, he’s making a career out of it at will return to the genre to face off with The Green Lantern as Sinestro next year. It’s a great role for Strong which allows him to partake in a kung-fu face off with Hit Girl in the final act.

G is for (Jane) Goldman – Goldman, the wife of Jonathan Ross, adapted Millar’s comic-books in writing the screenplay for Kick-Ass. She’s worked with director Matthew Vaughn before, penning his 2007 film Stardust. This may prove to be Goldman’s Hollywood calling card, with her only other script, The Debt, to be directed by John Madden and star Helen Mirren and Sam Worthington.

H is for Hit Girl – Arguably, Hit Girl steals the film from right under Kick-Ass’s nose. It’s a remarkable performance from Chloe Moretz, who you may recognise from (500) Days Of Summer and will soon star in the US remake of the sublime Let The Right One In. Hit Girl is iconic, she’s bad-ass and could feasibly demand her own spin-off. Moretz’s performance brings to mind Natalie Portman in Leon, or Jodie Foster in Taxi Driver…the kid’s gonna be a star.

I is for Injuries – Kick-Ass’ strand of the storyline always seems the most plausible, and his battle-wounds are brutal. Dave takes a fair few beatings, including his first encounter with some petty criminals that leaves him with a stab wound before being mowed down by a car. I don’t remember that happening to Iron Man do you?

J is for Jetpack – Never straying outside of the realms of possibility, unlike say the gadgets Lucius Fox provides in The Dark Knight, everything in Kick-Ass could happen. The biggest stretch is possibly the jetpack, but have a look online, for enough money you really could get your hands on one of these babies.

K is for Kick-Ass – The titular character is played by Aaron Johnson, he’s just an ordinary guy who wants to know why so many people want to be Paris Hilton but nobody wants to be Spiderman. His Peter Parker-esque teen angst never comes across as whiney as Spidey, he’s a real guy whose problems you can identify with, whether that’s getting the girl or kicking some ass.

L is for Love – Aww, love. Well there has to be a bit of romance in there somewhere, and Dave wants to get in the pants of Katie Deauxma, played by Lyndsy Fonseca. It’s not that straight-forward though, Katie doesn’t know Dave exists until she hears the (false) rumour that Dave’s gay and earmarks him for her gay-BFF. Naturally, Dave plays along, having to hide his true sexuality whilst also trying to protect his true identity.

M is for Mark Millar – Millar is the scribe of the original comic Kick-Ass, however in truth the comic and film were developed side by side, such was director Matthew Vaughn’s confidence that the comic would be a hit. He was 100% right with Kick-Ass going on to outsell Spiderman in it’s initial run. Millar also wrote the graphic novel Wanted, but don’t worry, the big-screen treatment of Kick-Ass blows Wanted out of the water.

N is for Nowhere Boy – Unsure about Aaron Johnson’s acting chops, contrast Kick-Ass and Nowhere Boy. Johnson’s performance in the Lennon biopic showed a level of intensity and maturity whilst this time around it’s his everyman qualities and sheer likability that gets him by. He’s a star of the future, a real leading man.

O is for Outside the Studios – The major studios were falling over themselves to reject Vaughn’s pitch for the movie, unwilling to green light a film with the levels of violence and bad language of Kick-Ass. So Vaughn said “fair enough, screw you guys, we’re going to go off and make it.” In the end he raised the funds needed and shot the movie independently, allowing for no punches to be pulled.

P is for Powers – There’s a distinct lack of powers in Kick-Ass; no crawling up walls, x-ray vision or super strength. Just a kid and a couple of metal bars. Meanwhile, for the likes of Big Daddy and Hit Girl, they may have the funds to buy weaponry, but all the technology is real (unlike Bruce Wayne’s and Tony Stark’s). Q is for Quotability – Hit Girl, admittedly, has a fair few x-rated zingers but she’s not the only one to come out with some cool lines. Todd and Marty, Dave’s best friends, provide some excellent banter and both the D’Amicos too provide some great dialogue. What do you expect from a film with McLovin in?

R is for Red Mist – Red Mist is played by he who was McLovin, Christopher Mintz-Plasse, and is the alter-ego of Chris D’Amico – the son of mafia boss Frank. Red Mist’s motives may not always be clear cut, but armed with the bad-ass Mist-mobile forms an almost-friendship with Dave. It’s this relationship that provides a welcome reminder in the final act – they’re still just kids dressing up.

S is for Scuba Suit – Kick-Ass’ costume is bought from ebay and it’s little more than a scuba suit – that’s all your average teen could manage. It gives Kick-Ass a ninja-esque look, a bit like Mortal Kombat’s Scorpion and Sub Zero, but you know, Blue Peter style. Or, to use the film’s description, he looks like “the green condom”. 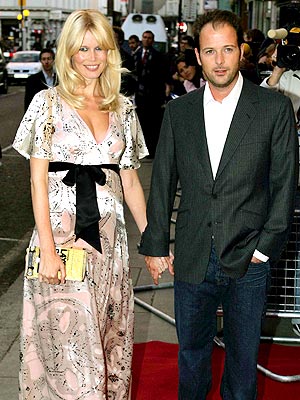 U is for Ultraviolence – It may be only a 15, but don’t think that means that Kick-Ass goes easy on the bloodshed. Big Daddy brings a tour-de-force of brutality when he’s taking down D’Amico’s goons. Hit Girl too is pretty handy with a samurai sword and wouldn’t think twice before slicing off a bad guy’s legs or putting a bullet between their eyes.

V is for (Matthew) Vaughn – Vaughn started out as a producer on Guy Ritchie’s movies before making his mark with Layer Cake. He then brought Neil Gaiman’s Stardust to the big screen before being intent on adapting something of Millar’s. With Kick-Ass, Vaughn has brought Brad Pitt on board as a producer – he’s a fan with famous friends. Keep a look out too for a cameo of sorts from his very famous wife.

X is for X-Ray – When an early attempt at crime-fighting doesn’t go as well as expected Dave is taken to hospital with serious injuries. Deadened nerve endings sustained in the ordeal help him get back on the crime fighting trail, as well as the metal pins attached to his bones that are revealed by an x-ray. As Dave says: “how cool is this, I look like Wolverine.”

Y is for Youtube – In the age of internet celebrities and social networking, it’s apt that the internet is where Kick-Ass finds fame. Setting up a Myspace account Dave advertises Kick-Ass’ crime-fighting services, but it’s on Youtube that a clip of Kick-Ass fighting off a group of men gains him the attention of the media and his super-hero contemporaries.