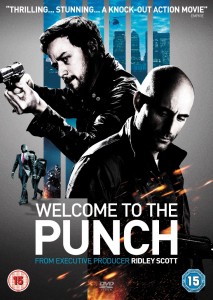 Welcome To The Punch, which comes to DVD and Blu-ray on 22nd July, sees two British acting titans go toe to toe in a non-stop action thriller. James McAvoy plays a hard-bitten London cop on the trail of Mark Strong’s nefarious bank robber. But when Strong’s son is involved in a heist gone, the two of them are forced to work together to uncover a deadly conspiracy…

James McAvoy is one of the UK’s best loved actors – making his name in television in acclaimed shows like State Of Play and Shameless, and now balancing blockbusters like the X-Men with doing Shakespeare in the West End. Mark Strong, on the other hand, is carrying on the great British tradition of British actors who specialise at playing the bad guy in American films. So we though, as the film pits them against each other, we’d take a look at McAvoy’s top 5 good guys and Strong’s top five baddies.

Stepping into the shoes of the great Sir Patrick Stewart is no easy task, but McAvoy pulled it off with aplomb, taking on the role of the X-Men’s founder Professor Xavier in this superhero prequel. It went down so well he’s act alongside Stewart as his future self in next year’s X-Men: Days Of Future Past 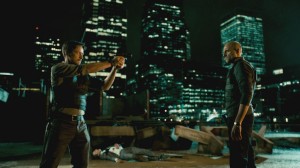 McAvoy stepped up to the plate as an action hero in this adaptation of Kick-Ass creator Mark Millar’s dark supervillan saga. As well as bending bullets and beating the bad guys, McAvoy also worked on his physique for the film and sports an impressive six-pack.

In this fictionalised  tale of Ugandan dictator Idi Amin (an Oscar-winning Forrest Whitaker), McAvoy picked up a host of awards nods and praise for playing a young doctor who befriends the tyrant. Initially seduced by his power, McAvoy eventually discovers the horrors he’s been hidden from and desperately plots his escape.

An adaption of One day author David Nicolls’ novel of the same name, Starter For Ten sees McAvoy as a naive young student who learns about love, life and himself by competing on that Great British institution, University Challenge. 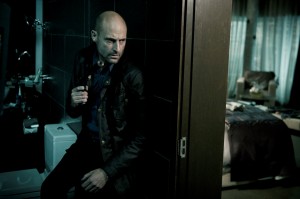 While the extreme violence and foul mouthed 11-year olds might have grabbed the headlines, for it all to come together you need a great hateable villain at the centre, and who better than Mark Strong, chewing scenery as mob boss Frank D’Amico?

Holmes’ nemesis might not have appeared until the sequel (played by Mad Men’s Jared Harris), but Strong made a fine opponent for Robert Downey Jr’s version of the great detective, playing an aristocratic serial killer in the first of Guy Ritchie’s Sherlock Holmes films.

In Ridley Scott’s re-imagining of the Robin Hood mythos, Strong played Sir Godfrey, King John’s henchman and the main baddie. He made a reliably great bad guy, as ever. 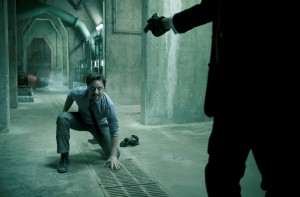 While it might not have hit the heights of Marvel’s movies, Strong was a chilling presences as the Green Lantern’s mentor and future archenemy in this DC Comics superhero film.

Don Cheadle and Brendan Gleeson starred in the wonderful pastiche of American buddy cop film, set in the very un-glamorous West of Ireland. Strong has a small but memorable part as cockney henchman sent over the water as part of a cocaine smuggling ring.

Welcome To The Punch is on DVD and Blu-ray 29nd July.