This summer has once again seen a number of major science-fiction releases, the latest is the J.J. Abrams/Steven Spielberg collaboration Super 8. With this in mind its time to count down the top 10 science-fiction films ever. 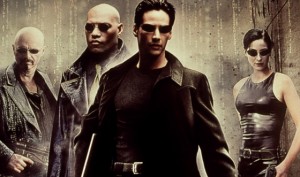 In at number 10 is every bodies favourite cyberpunk action film, The Wachowski’s embedded this film with a lot of philosophical ideas that previously eluded mainstream action and science-fiction. Mostly applying Baudrilliard and plenty of mythology, not mention bringing us bullet-time, the now overused device, but when The Matrix came out was ground breaking. 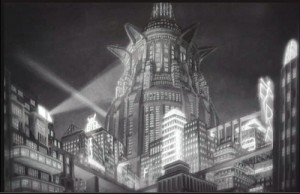 At number 9 is the first big budget science-fiction movie, one whos set design inspired just about every dystopic city set design. Made in 1927 the film is silent, but it was well ahead of its time, dealing with class struggles, robots and a city that crumbles without the machines running it. One of the most expensive movies ever made at the time, and it looks every penny that good.

Number 8 is a film that went under the radar when it was released, visually stunning, and once again Danny Boyle crafts characters the audience care about, and with the tension created by the films bleak tone and the incredible score you genuinely worry about the characters. A plot that is both engaging and apt combine with visuals that belay its somewhat modest budget, in Hollywood terms. 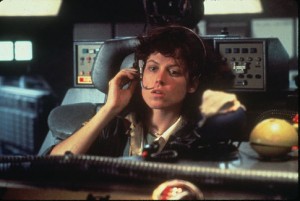 Number 7 is Ridley Scott’s masterpiece, Alien, the film that launched a billion dollar franchise and is to see a prequel, Prometheus, sometime in 2012. Awesome design went through this film, from the clean white surfaces during an iconic incident involving an alien and a chest, to the dark shafts where the creature is hiding. Like the best science-fiction the film deals with heavy issues such as male rape and corporate control. Add in a psychopathic robot and its the perfect recipe for science-fiction greatness.

Sixth in the list is a film that came out of nowhere and immediately announced itself as one of the best films of the year. District 9 shows a different side of alien invasion, smartly setting the film in South Africa the film is an allegory of apartheid, and of immigration. The film is entirely original in displaying an invasion more like asylum seekers rather than attackers. Whilst the lead characters transformation is a bit The Quatermass Xperiment (1955), that doesn’t take away from the films originality. 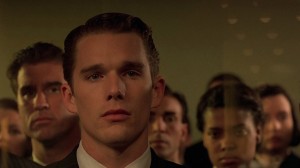 Gattaca is number 5, a film with no big explosions, no big chase sequence, no aliens, and very little CGI. It is however one of the most thought provoking science-fiction films to come out of Hollywood, and offers a dystopic vision that could easily happen. Based in a world where a persons genetic’s determine there social standing, Gattaca shows one man prove the world wrong, and hooks up with Uma Thurman whilst doing it. 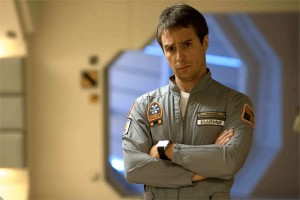 Number 4 belongs to another film which rejects large scale set pieces in favour of a story which captivates you. Sam Rockwell gives what is perhaps his finest performance to date in creating a character the audience can’t help but love. The majority of the film is just Sam Rockwell and his robotic campanion GERTY voiced by Kevin Spacey, who refreshingly does not turn on humanity. The twist will leave you asking questions of the world of this future. 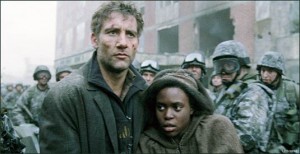 Third in this list is another incredible science-fiction film which seemed to go under the radar, Children of Men looks at a near future dystopic world where humanity can no longer conceive. Set in London the government is an Orwellian nightmare. The film is progressed from really good to one of the best science-fiction films through its cinematography, the film is shot incredibly and contains two of the finest tracking shots ever filmed, the film races at heart stopping pace and genuinely leaves you on the edge of your seat. 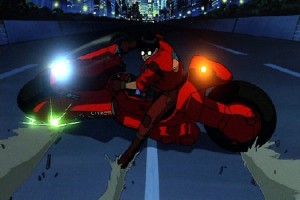 The film that started the western fascination with anime, and showed people that animation could deal with serious adult issues is in second. Set in Neo-Tokyo 2031 we are shown a crumbling society riddled with social injustice, political corruption and a violent youth culture. Not only did the film set the tone for a new generation of science-fiction film makers, it only continues to gain relevance as time moves on.

In first place is Ridley Scott’s second entry to this list, and probably the most iconic science-fiction film of all time. Riddled with directorial disputes with cast and the studio the film has some five different cuts of the film, but Ridley Scott’s final cut is the definitive version. Based on Phillip K. Dick’s Do Androids Dream of Electric Sheep, Scott is very liberal with the source material but keeps Dick’s themes of humanity, identity, and artificiality. The film looks incredible with the multi-cultured smog of the new LA and is shot with verve, the lighting and plot give the film its neo-noir style, and the progression of Deckard and the uncertainty surrounding him leaves the audience pondering.