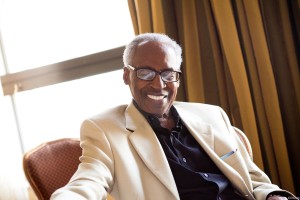 In anticipation of the re release of Disney’s classic animation The Lion King I was immensely privileged to have the opportunity to interview Robert Guillaume, who voiced the iconic character of Rafiki, for Front Row Reviews. In this two-part interview, (the second of which will go up before the DVD release), Guillaume happily discusses the enduring appeal of The Lion King, gives his thoughts behind the 3D conversion and even, much to this writers delight, breaks into song. The Lion King is out this Friday (October 7th) in 3D in cinemas around the country, before a Blu-Ray release in November.

Front Row Reviews: So you’ve seen the 3D re-release, what do you think of the 3D process?

Robert Guillaume: I loved it! I had such a great time watching it. I think I had a better time seeing it this way than seeing it as it normally would have been seen, earlier. I didn’t know what to expect. I’ve said before that I think the best way to see this film is with a young person, with … just a kid. If you see it with them, they are not so guarded in their reactions with things that please them, or frighten them and you’ll get a deep reaction to the story, it resonates with them in a way I’ve never seen before. I went with a young person and I think we had told this kid that I had played the voice of Rafiki. But when Rafiki came on, and he began to witness the story, he had a ball. He just cracked up, and not in any guarded fashion – just totally immersed in the story.

FRR: Do you think there are any drawbacks to turning it 3D or are you quite pro-3D? What do you think is good about re releasing it in this format?

RG: Well I think you are going to see things that you didn’t expect… to me when I saw it it heightened a certain visual sensitivity. It heightened my appreciation of scenes.

FRR: On a slightly different note now, have you ever seen a stage adaptation of the Lion King?

RG: Yes, I did actually. I saw it in New York, and again The Lion King story is sort of phenomenal, in a sense that it has such a life in such different areas. On the stage it’s one thing, in film its another and in 3D it expands it and it really is a phenomenon.

FRR: What do you think of the interpretation of Rafiki on the stage where its a female character, and is a slightly different spin on it?

RG: I hadn’t given it much thought. I know one of the people who did the voice for the commercial… (breaks into song, trying to imitate the opening bars of The Circle of Life)… I met that lady, that did that voice. 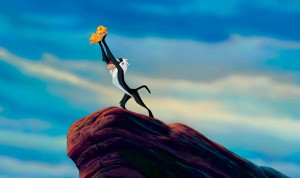 FRR: Did you learn any Swahili yourself for the part?

RG: Oh no no no. No, I didn’t know any of it. I think there was one scene that they said was in Swahili, and it’s a little song that Rafiki sings.

RG: (singing) Asante Sana squashed banana … whatever it is… wewe nugu mimi apana… They told me that that was a legitimate swahili phrase.

FRR: And just one final question, if you could settle an old debate: what is the greatest song in the Lion King?

RG: I think the very first one, to me. Of course I like ’em all, I like the one the kids song, ‘I Just Can’t Wait to Be King’. And does Scar have a song? Yes… I like that one.

A review of The Lion King 3D can be found here.