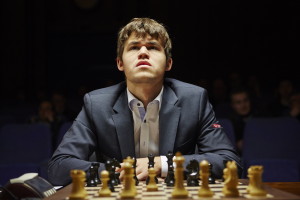 An infamously chilly country of astounding natural beauty is host to a human wonder of the modern age. It is an unlikely one. After all, Norway has a dearth of inhabitants for its size (being roughly the same size as Italy, yet in possession of a hugely inferior population, at a mere four million) and is not known for any sort of chess tradition. Yet, the Norway’s poster boy is someone who has conquered the chess world. 25 year old Magnus Carlsen is pretty much unanimously regarded as a genius of the game, and otherwise. He is someone who manifestly represents a baffling, head scratching feat of human achievement.

In a short space of time, he has risen through the rankings to become the world number 1. His unorthodox method of learning the craft and his ongoing mastery of the game is as celebrated as his ranking within it.

His compatriot, Benjamin Ree (a young man himself), followed Magnus for three and a half years. His resultant documentary, Magnus, covers Carlsen’s incredible ascent.

Front Row Reviews sat down with Ree for a discussion about his film. “It’s like Frederic Friedel, who is the founder of ChessBase, says in the film, it’s like climbing Everest with tennis shoes and no oxygen. It’s a huge mystery to people as to how Magnus has become so good. He has become the best, but by taking a completely different path to the rest”, he tells Greg Wetherall,

Front Row Reviews: Tell us about your film, Magnus.

Ree: The film is a coming-of-age story about Magnus Carlsen. We meet him when he is four years old. He is so different from his siblings and other children that his father, Henrik Carlsen, says that he is worried about his relative development. You see Magnus sitting by himself, always lost in thought. They (his parents) wonder what to do with him. 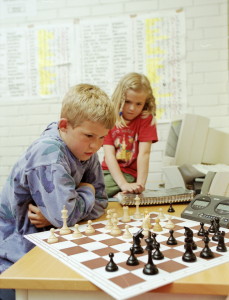 They realise that maybe chess is something for him. Magnus begins playing chess and soon becomes a child prodigy. We meet Magnus in his day-to-day life. He is having difficulties in school. He talks about being bullied, but his family is always there for him.

The story unfolds – Magnus gets older and older – and we meet him as an adult, when he is 23 years old and his big aim is to become the world chess champion. On the way, he meets lots of obstacles. His way of playing chess is always through intuition. He usually knows instantly where to put the chess piece. Like a gut feeling. He sees it on the board in the blink of an eye, but when his intuition doesn’t work, he sees nothing. When the tension and pressure gets too high, that’s when his intuition stops working. That’s his kryptonite, in a way. It’s like he can’t produce sentences in a language. He compares it to not being able to speak a language anymore.

He loses game 12 and 14 of the qualifying tournament. He wins the tournament anyway through pure luck, because one of his main opponents also loses the last game. He qualifies for the World Chess Championship, which is just extraordinary, because he is from Norway, which does not have a chess tradition.

You see a lot of newspaper clippings and commentary where they says that he is the Mozart of Chess. Do you think that he suffers from a degree of autism?

I don’t think so. Magnus has had that question many times. He definitely had the special traits early on and he was very different from other children. But his parents looked at his opportunities and not his limitations of his special traits. Of course, every top chess player has their own really special traits, because the game is so complex. There are more possibilities than there are atoms in the universe. 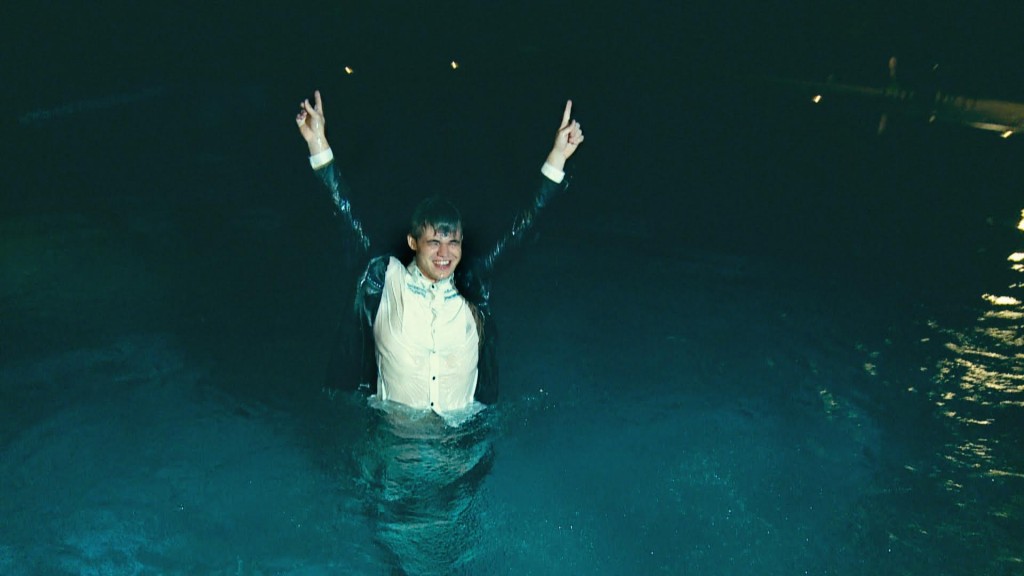 Were you drawn to this project as a filmmaker or as a fan? Have you always been interested in chess?

I am not interested in chess at all! I think it is really boring. It’s like watching paint dry (laughs), but I am deeply fascinated by chess players, because chess is the ultimate battle of the minds. People have played chess for centuries. In chess, if you lose, it’s your fault. It’s not about luck.

I am into the psychology of, as well as the intellectual capacity inside, chess players’ heads. That’s my interest. That is what started me with this project, and the fact that a Norwegian chess player could become the highest rated chess player of all time, against all the odds. 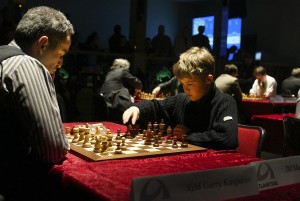 Why would you say ‘against the odds’?

I was deeply fascinated by the fact that the Carlsen family decided that this boy shall learn chess voluntarily and through his curiosity. The way that Magnus has always learnt chess is to pick up a random chess book, open it up on a random page, read it, then play some football and read some Donald Duck. Yet, he is always thinking about chess. His approach is so creative and intuitive. That was one of the things that drew me to the project.

In the mid-90s, chess was revolutionised by computers. Everyone started using computers in chess preparations. Magnus tries to avoid computers. I think he likes to bring the human element back to the game. That is also why he is regarded now as a modern icon for creative thinking. I think that’s the reason why this story is much bigger. It isn’t only about this chess player. He has inspired so many people to use their intellect and think for themselves and not to rely too much on computers. 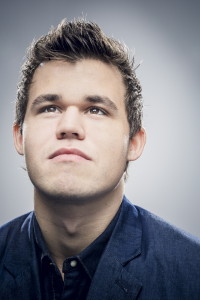 Has he become an icon in Norway?

Yes. Absolutely. Eating lunch out with Magnus, there is a line of people standing there. He is not there to sign autographs or take pictures. He’s there to have lunch. He is probably the most well-known person in Norway (right now).

Do you think that a lot of credit must also go to his father for taking the approach that he did in Magnus’s early years? When you have someone like Garry Kasparov giving you specific advice and you still stick to your own ideas…

That’s incredible. Who would have done that? Especially when you have a child that’s so intelligent? Magnus could read and write by the age of five, but he could also remember all of the 423 municipalities of Norway, the square kilometres, inhabitants and flag. He had this amazing memory.

So many parents would have listened to all of the advice they would have received, that this boy could become the best at chess if you give him structure and discipline, but they didn’t. They believed that he needed to have a happy life. He needed intellectual stimuli but he also needed to choose for himself. For the parents to dare to be different in that way, and for Magnus too, is incredible.

There’s a scene in the film where Magnus is blindfolded playing the best chess playing lawyers in the world. He has his back to ten boards and plays them all simultaneously. He has to memorise each board and where the pieces are. He beats all of them. Was that archive material? Or were you there? If so, what was running through your mind?

I was there. I was really amazed. I knew that Magnus was going to play blindfolded against ten of the best chess playing lawyers in the world and that he was going to play it simultaneously. Magnus has done this before, and he has lost some of the games. But here, he won all of the games. People couldn’t understand what was going on. Having ten chess boards in your mind at the same time, just reading out the moves. That says a lot about his ability to have an inner picture of the chess boards and the potential moves.

It’s like Frederic Friedel, who is the founder of ChessBase, says in the film, it’s like climbing Everest with tennis shoes and no oxygen. It’s a huge mystery to people as to how Magnus has become so good. He has become the best, but by taking a completely different path to the rest. It’s completely mind-blowing. 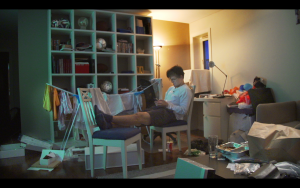 Do you find that there is a cost to his talent for him? Does it come at a price?

I think that, of course, there is a cost to being so good. Magnus thinks about chess all of the time. He always has a chess puzzle in the back of his mind. I think that one of the things (trails off)… Magnus is a perfectionist. When he won the championship for the first time, he wasn’t happy. I thought he would weep with joy. Six hundred million people play chess and he won it. But he wasn’t satisfied. He thought that he didn’t play well enough in the last game. To be that kind of a perfectionist is one of the costs.

Magnus talks about being lonely a lot of the time, because people don’t understand him. There are certain things about his inner demons that he won’t share with anyone. No one knows what that is, but I can just imagine that he has a heavy weight on his shoulders.

The most important thing for us humans is to connect with other people and when people don’t understand what you’re saying, that has to be so lonely. When you and I have an idea and we think something is great and we want to share it, we tell our friends, or girlfriend or family. But Magnus can’t do that, because people won’t understand him.

Does he struggle to build relationships? And girlfriends etc, as a result?

The way Magnus lives his life now, I don’t think he has time for a girlfriend, as he travels all the time. He has said that he wants a girlfriend and a relationship in the future. 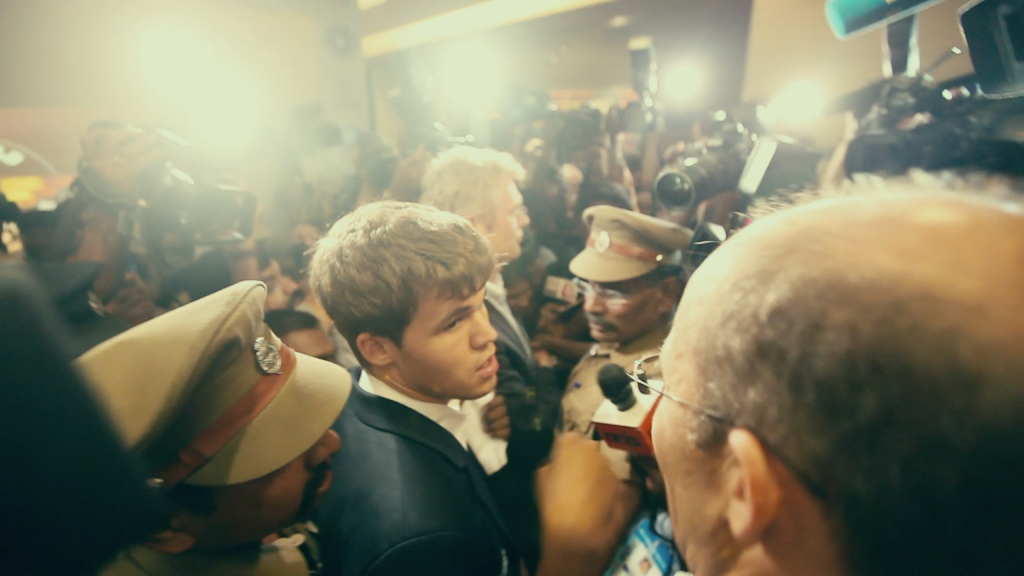 Magnus is very motivated for chess. He’s not only the best, he’s totally dominating the chess world. What can you aim for then? Of course, he will try to defend his World Chess Championship title, which I think he definitely will do. I think that he is a perfectionist and he has never played a single chess game that he has been totally satisfied with, so he will try and play the perfect game. I think that has to be his next goal.

What about you? What’s next for you? And with this film, did you get out of it what you wanted?

I have spent three and a half years on this project, and I am really happy with the end result. The film is now sold to sixty countries now and will be shown in theatres around the world.

I hope that it will inspire people to think differently and to use their creativity and intuition, but I will begin filming new projects now! 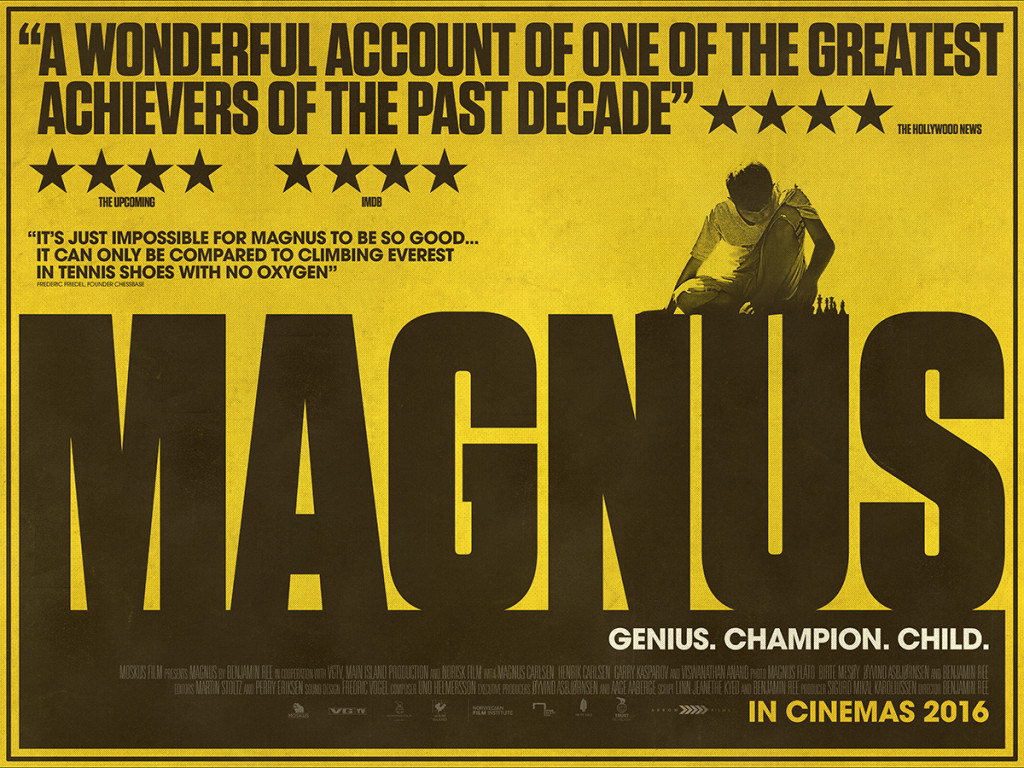