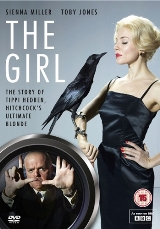 That Julian Jarrold‘s TV movie about the three-year working relationship between Alfred Hitchcock (Toby Jones) and Tippi Hedren (Sienna Miller) received three Golden Globe nominations came, frankly, as something of a shock. That it won none, rather less so.

The film, based on “extensive” interviews with Hedren, the star of Hitch’s masterpieces The Birds and Marnie, traces her rise from unknown model to ingenue and then starlet under the tutelage of the great director, exposing minutely the torment she endured as his obsession with her gained momentum and intensity over time.

Biopics of the famous are never easy. As with adapting much-adored literary characters, the filmmaker faces the additional challenge of walking that fine line between presenting the known, the beloved, the true in such a way that is both honest and in keeping with an audience’s expectations of a particular persona on the one hand, and avoiding a descent into either hagiography or mere impersonation on the other. 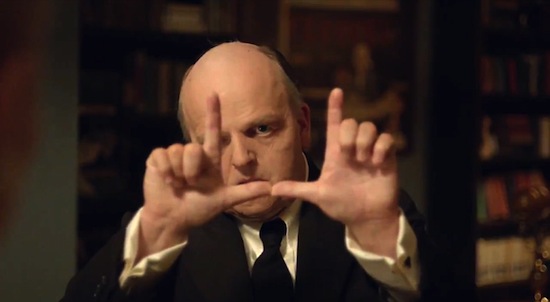 Jarrold’s usual instinct and talent are strangely absent here (he has produced work of high quality in the past, from 2011’s chillingAppropriate Adult to 2005’s riotous cult classic Kinky Boots and all the way back to Painted Lady in 1997); he and the film’s writers have chosen to ignore all conventional wisdom about biopics, it seems, and taken shortcuts at every level. The extra features interviews with the director expose either a mendacity or an ignorance of facts and lore that even the least well-versed Hitchcock fan would frown at. Claims, for example, that after the success of Psycho “any actor or actress would want to work with him” belie the history that in fact his reputation was waning (in 1962 audiences, critics and Hollywood alike still saw Psycho as shocking proof that Hitch had finally lost his marbles; the film wouldn’t be recognised as the work of genius it is for some years to come). 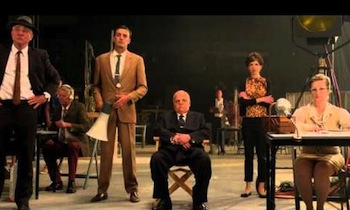 “To today’s audience,” he explains, “Hitchcock perhaps seems now a little bit dated; his films seem a little bit artificial and old-fashioned and they’re enjoyed but don’t seem that relevant…” This assertion alone establishes that Jarrold does not know his own audience. The Girl is not the latest summer blockbuster to be seen by entertainment-hungry millions with only the slightest grasp of film history; it is a small production, made for television, which will be watched mainly by people interested in Hitchcock and in Hollywood legend; people who view classic film through a lens of understanding and awareness – people who in fact find Hitchcock extremely relevant. Classic film is by definition timeless, and the importance of any filmic innovation does not die with the emergence of the next “new thing”.

Then, the narrative perspective is breathtakingly one-sided: Hitch seems to have lost his strident, characteristic confidence, speaking in a descending spiral of apparent madness and a litany of off-colour limericks. That during this period he managed to make two of his finest films is treated as almost incidental, as though nothing happened for three years except this obsessive self-loathing and victimisation of Tippi. This is not to suggest that Hedren did not suffer – the anecdotes and testaments to this are plentiful – nor that she did not bear the worst of Hitch’s “actors should be treated like cattle” approach to direction; but the film chooses to elide the fact that he played an unfeeling Henry Higgins to any number of put-upon Elizas, from Grace Kelly to Janet Leigh to Vera Miles and beyond. That he was obsessed with Hedren is true; that she was somehow singled out for cruel treatment is absurd. 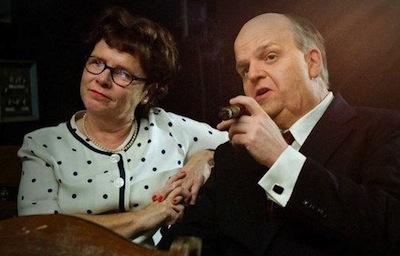 It has to be said, however, that Toby Jones’s portrayal of Hitchcock is superb and almost manages to overcome the pathetic portrait painted by the script. The excellent prosthetic makeup designed to evoke the director’s considerable heft and iconic profile is all but unnecessary in the face of the performance, because Jones simply slides into the character (and That Voice) and embodies it. Imelda Staunton as Alma Reville (Mrs Hitchcock) is, as always, understatedly, subtly brilliant. 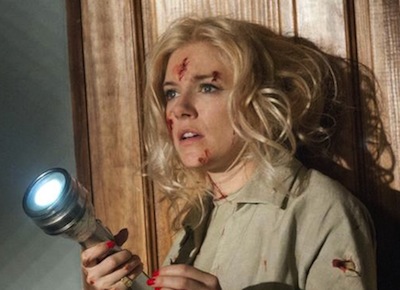 Recreation of a scene from The Birds

Sienna Miller, on the other hand, is no Tippi Hedren. Despite a passing physical resemblance and a fidelity on the part of the wardrobe and set design to costume and setting, the reconstructed scenes from the films are only so much play-acting, failing to evoke the brilliant tension of the originals. When her character is off-camera and Miller is playing Hedren herself, she fails to engage the viewer and, apart from the awkwardness of the debutante, never really carries off the role with any naturalness. 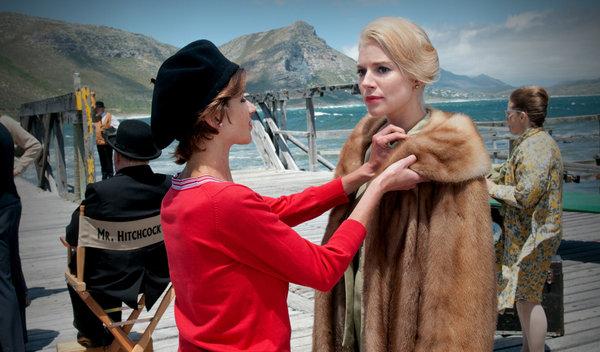 Despite game performances by the supporting cast (Penelope Wilton as Hitch’s aide Peggy Robertson, Carl Beukes as first assistant director Jim Brown, Kate Tilley as Hedren’s dresser Rita), and Jones’s immaculate portrayal, Miller is left to shoulder much of the picture herself: far too cumbersome a burden for her inconsiderable strengths.

Although an interesting precursor to Sacha Gervasi’s upcoming Hitchcock (with Anthony Hopkins and Helen Mirren as Hitch and Alma), this film simply leaves a bad taste in the mouth. Hopefully the big-screen successor will serve to cleanse the palate.