The Day of the Jackal Blu Ray review 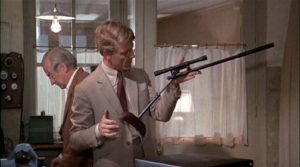 Fred Zinnemann 2 time best director oscar winner made at the end of his long and very successful career, this dark alternative history. A film that took on the underlying issues at the heart of postcolonial Europe. Imagining a world where an elite group of soldiers in the French army, have raised a contract on the life of General Charles De Gaulle. Raised because of his decision to grant independence to Algeria. The soldiers feel betrayed. They shed blood for the land and now it has been given away. The Jackal (Fox) is the assassin for the job and has agreed to execute the hit. However the French police have been tipped off about this new plan. They know the target and know those who have raised the hit. However they do not know the assassin. This they can only find by looking into the backgrounds of those who have raised the hit and the network that supports them. De Gaulle could be killed at anytime and with every second they do not know who it is, he is in danger. The Jackal is planning his move. He is constructing his weapons and is ready to complete his mission. 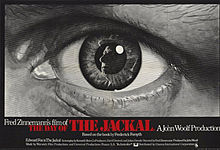 Imaginings are a hard thing to get right.  You sometimes find the misconception that you must focus on being either alternative and utterly different or worse, document and stay safe to the course. To set say THE MAN IN THE HIGH CASTLE in an America of now, under the guise of the power that didn’t succeed but could of works in its rhythms of then and now.  It works because Phillip K Dick (someone who is very overrated in my opinion) understood what was originally on offer to the many and what was gained from knowing this. Also take THE BATTLES OF ALGIERS. A film that documents truths but does so with a frank and direct truth. By this I mean that the film depicts what happened in a way that deducts emotional representation and realization. In The Day of the Jackal we have the same definitions. We understand the volatile France of the postcolonial period. We know that this has happened. De Gaulle had death threats and attempts made on his life. We understand the disillusionment suffered by France Army when De Gaulle triggered the mis managed Algeria withdrawal.Forsyth takes the body of these ideas and the attempted attack that failed by the armed forces, made the novel this was based on. He imagined the attempt from the assassin point of entry. We know reality saw the move away from hostility and that often these attempts were not as sophisticated as this represents. 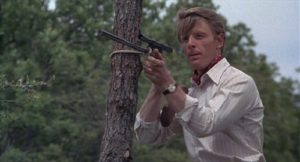 Zinnemann plays on this. If you know his work, you know that the man as object of observance is his favourite. He explores the single and as such defines the many male traits. He wants the viewer to interact with the process of the assassin but also the maleness of this action. He wants the eye to see the agent as Fox but as a man who is doing the action. Fox who gives us a performance of skill, tension and violence that is controlled and cold, is ideal for this. Fox makes the role layered with menace.  I would believe that Zinnemann was almost defining the event as the way a killer gets to his kill. 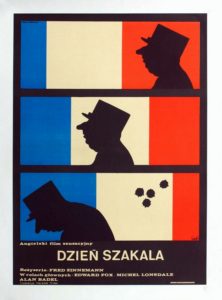 It is riveting, tense and often so savage an analysis of the Jackals detachment, it becomes a comment on modern dissociation of violence.