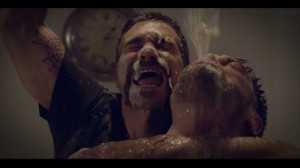 When delivery driver and small time crook Frostie steals from unknown people valuable packages, he does not care about anything except the money. He steals from the rich to give money to himself. He has a tired old Matsui and it sucks like a hoover. Going from job to job in it is like cycling on a penny farthing. He wants a beautiful vintage car that will get him girls and also a lot of respect. Taking stuff solves that money issue and little else. He wants to move on from crime and out into another job. When however one of his break ins goes wrong and he has to kidnap a beautiful stranger Michelle, well it will lead him to his gay best friend Brian. This will also lead to copious amounts of drugs, smoked from a bong dildo, two hitmen that are next to useless and have a subtext of homosexual connection and of course the boss of the whole thing getting in on the mix.

Comedy can often cross borders very well indeed. It can bring together vast groups of people by allowing them to connect over a joke or a situation that is both of the moment and also as much universal. The truth is that comedy can also sink a ship if it is done badly. Take the tired, racist, misogynist work called United We Fall. That had potential and then it simple sunk itself by sticking to conventions. It also sunk itself by using gay, women and black characters as the butt (excuse the pun) of the joke. This film does much the same by having the gay character,  so gay as to be a walking stereotype of homosexuality. Then we have the empty headed and utterly dull lead. He is about as much fun as a hole in the head. 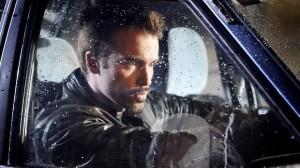 The saving graces of the film are three simple things, Isabelle Tannock is the first. She looks stunning and has a great sense of dead pan. Her wit also has an acidic cut, which helps the film move along. She is eye candy for me and I am not ashamed of saying this. I found her both beautiful and funny, smart and sassy. Sadly she was not given more time on screen. The second thing is the visual field. The director is a cinematographer. It shows with the choice of shots and the framing of scenes. They have a chemical mix that is pleasing and also interesting. It is hard to say that the visual dynamic is anything but compelling. The third thing is pacing. I(t works well as a fast paced film that will keep the hoard happy. Empty headed and dull it may be but it moves fast enough to ignore its many failings.

The disc is not worth talking about in truth. It is empty…like a space….it is a void. nothing is inside it. Not extras or additions to make it worth spending money on….