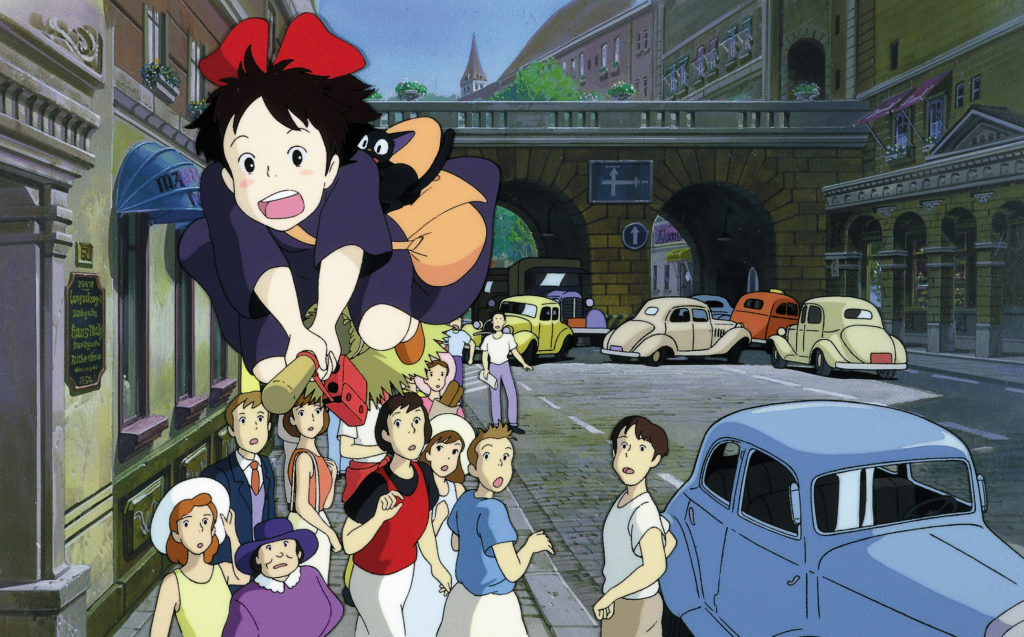 Studio Ghibli is responsible for some of my all time favourite animated films. At it’s best the studio manages to appeal to the child in all of us, while simultaneously producing beautifully crafted, thought-provoking masterpieces. From pitch perfect adventure epics like Princess Mononoke, fairy tales in fantasy worlds like Spirited Away, to heartbreaking dramas like Grave Of The Fireflies. Even the studio’s minor efforts – like The Cat Returns – are still fun and unique, albeit in a more accessible, simplistic way.

I never previously considered Kiki’s Delivery Service one of the high points of the studio. I didn’t dislike it, but it never resonated with me as much as the more substantial films, and after my first viewing I dismissed it as a lightweight entry. Something very specifically designed to appeal to a young female audience; something like The Worst Witch or Sabrina. How wrong was I! On a rewatch, this stands out as one of Hayao Miyazaki’s most touching, heartfelt films, with a depth and humanity that really takes your breath away.

Based on the book by Eiko Kadono, this is a simple story of a witch setting out to find her place in the world, alone apart from her cynical cat Jiji. When she finds herself adrift in a port town, she gets a job in a bakery, where a series of fortunate encounters inspires her to start her own delivery service. 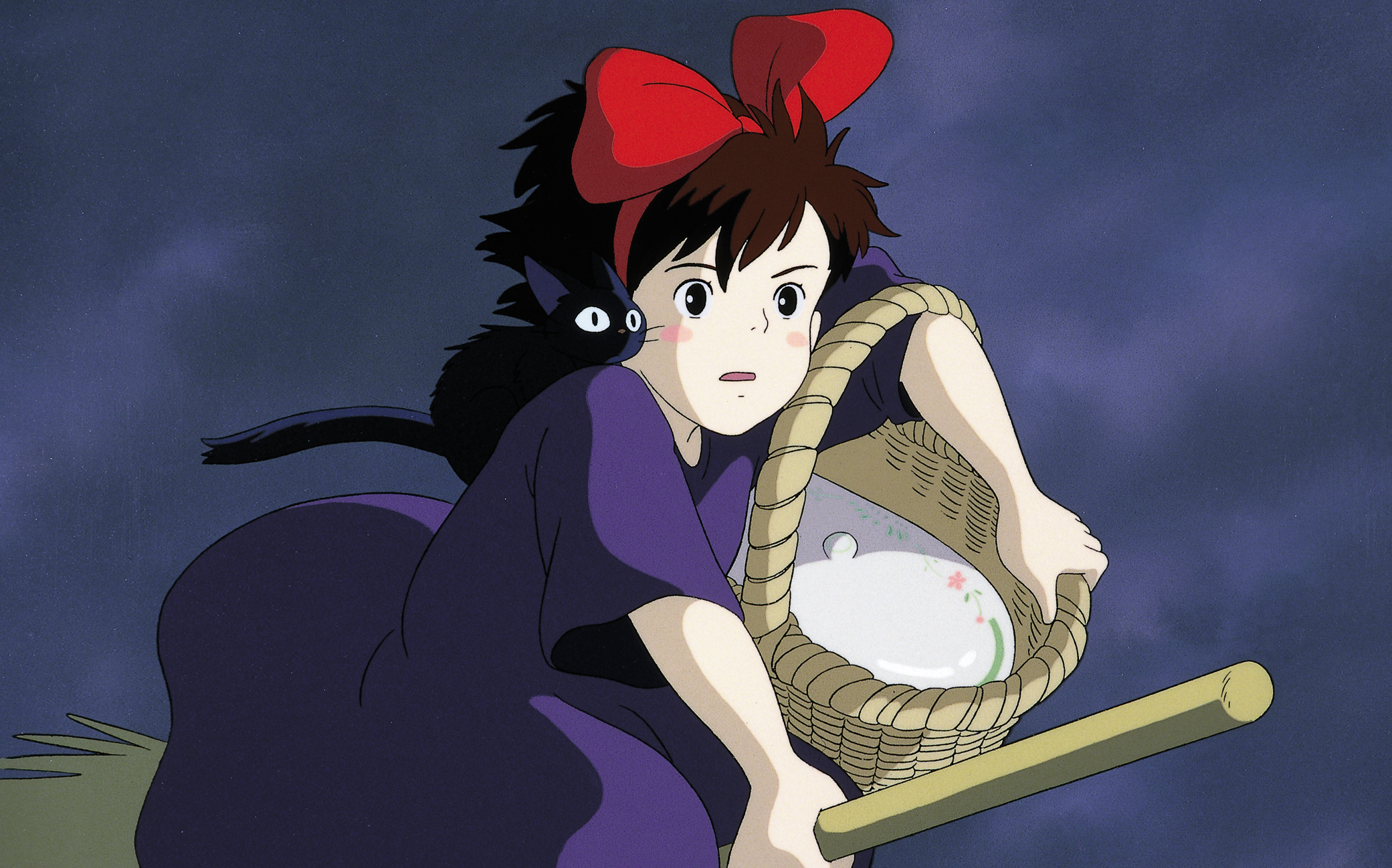 As with most Miyazaki films, the plot isn’t really important, and there’s a lot going on just under the surface. At it’s core, this is a story about a girl taking her first steps towards adulthood, and it’s portrayed in a characteristically sensitive way. The film is full of nicely judged poignant moments that never feel cloying, or overly sentimental. In the same way that My Neighbour Totoro brought me close to tears in certain moments, Kiki’s Delivery Service finds little moments of humanity that are affecting in ways that are difficult to pinpoint.

Kiki herself is one of Miyazaki’s most likeable protagonists. She’s constantly shown to be a hardworking, relentlessly optimistic protagonist, contrasting with the spoilt popular children who seem to populate the town. Little moments are used to make us identify with her early on, such as her first night away from home. It’s a very brief, completely non-verbal scene, but Miyazaki captures the apprehension of being in unknown surroundings perfectly.

The animation of Jiji is similarly impressive, with a lot of personality conveyed in an incredibly simple character design. The result is an adorable creation, and potentially the most iconic Ghibli character after Totoro. Even the more minor characters, such as the mute baker, the wealthy woman’s maid, and even one customer’s dog are each given distinct personalities that bring them to life.

It should go without saying that the animation is beautiful, but the quality of the transfer on this Blu Ray release is impeccable. It still stands up to today’s animation, and it’s incredible to think that this was made 30 years ago. The world building is expertly realised, from the design of the town to the stunning flying sequences. Miyazaki’s characteristic obsession with flying machines is also here in full force, encapsulated in the character of plane enthusiast Tombo. The film also features one of Joe Hisaishi’s most memorable scores which jumps about from 50’s pop to a sweeping orchestral theme without ever feeling jarring.

An utter delight to watch, Kiki’s Delivery Service is a touching coming of age story that never feels heavy-handed. The absence of a detailed story means Miyazaki can give the film space to breathe and develop, and as a result the storytelling feels organic and authentic. Kiki’s Delivery Service is more accessible than a lot of Studio Ghibli’s output, yet still retains the humanity and warmth, and the distinctive personality that made the more acclaimed films endure so well. This is an incredibly rewarding film that merits a second viewing. 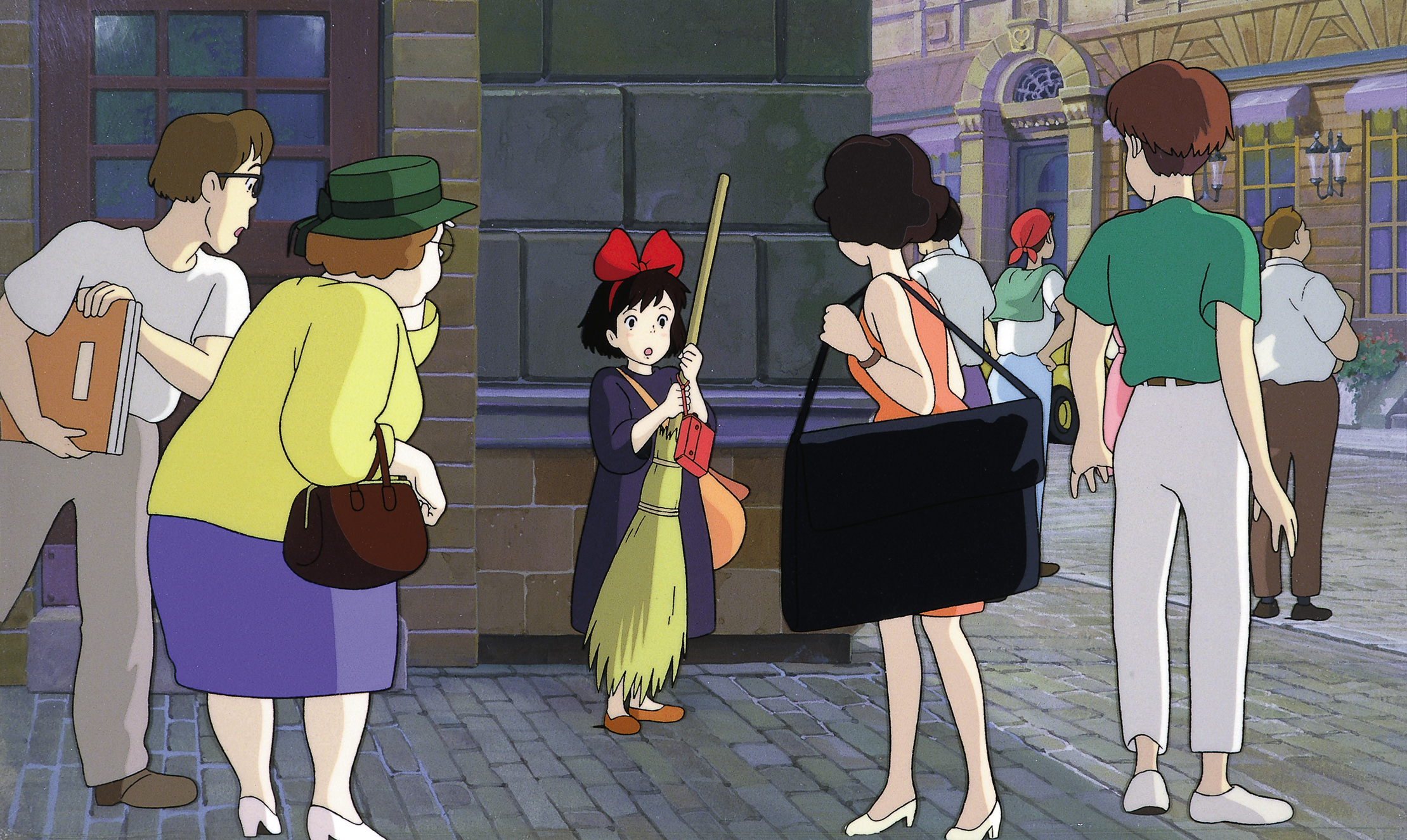 This 30 year anniversary release from Studio Canal is lovingly put together, packed with extra features in a deluxe box, with brand new exclusive artwork. It also comes with a 208-page hardback book “The Art Of Kiki’s Delivery Service”, exclusive art cards, a poster featuring the original Japanese artwork, a Jiji Tea Towel, a recipe card set and an exclusive sew on patch of the anniversary logo.

The DVD extras include a plethora of featurettes, focusing on the film’s locations, the voice cast, the character design as well as a lot more, as well as the usual array of storyboards and trailers.