A Book Club that lasts for 40 years, sounds unlikely? Well this is LA and this is middle class people. Four friends Diane (Diane Keaton), Vivian (Jane Fonda), Judge Sharon Meyers (Candice Bergen) and Carol (Mary Steenburgen) have lived life, dreams and joys all while reading and once a month sitting down to talk about it. Now through changes, they have to get to the next steps and another book club meeting. 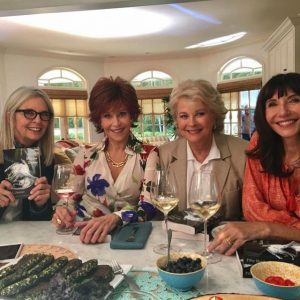 What did the critical mass think of a film that seems so lazy, obvious and pleased with its middle class trappings? They hated it. I on the other hand have different feelings. Its a little flat in places certainly but that said, it does what it sets out to do. Its a pleasant, funny comedy that works on a broad range of people. It also does this with some style and a sprinkle of wit. Enough so that you do not leave it empty handed. The best points are the occasionally risque joke, the bickering between Don Johnson and Fonda and Craig T Nelson. The worse points are those awful CGI enhanced scenes. They are over lit, over textured and over the top. However all in all the film fits into a package. One that makes its potential audience happy enough. 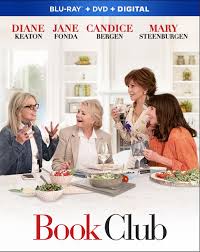 Good extras for my money with deleted scenes and a discussion about the actors and why they choose the role, being highlights. I am glad that the producers of these sets are getting that extra content is eagerly desired.