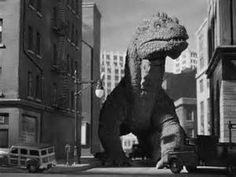 Atomic panic cinema meets its zenith in this stop motion, scared of the N bomb classic that is a treat for B movie fans and Harryhausen model aficionados. A group of scientists are about to create a nightmare. They want to progress the science of the atom and the nuclear weapon. So when an atomic bomb detonation in the Arctic circle unwittingly wakes a 100-million-year-old dinosaur, it means everyone must reappraise the new weapons use. Now the American army must do everything in its power to stop the beast from destroying main street America and then the world! 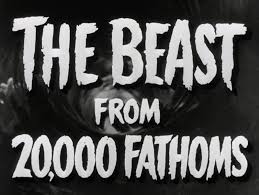 Shock horror, the film you are about to see is a classic of dinosaurs, 1950s cold war panic and is also a creature feature with bite.Made in 1953, at the height of cold war concern over war with Russia, it was ahead of its time. Nuclear panic in The Beast from 20,000 Fathoms is obvious but its the way it explores the side effects of a H bomb test that is fascinating. 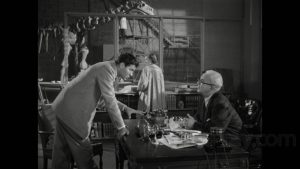 The weapon and  science, packaged as a peace maker, trigger the release of a monster. Destroying everything in its path. Maliciously killing humans, raising buildings and stomping through towns and cities like an unrepentant virus. In effect put simply it is a metaphor for the very thing that has awakened it in the first place. The monstrous H bomb itself. 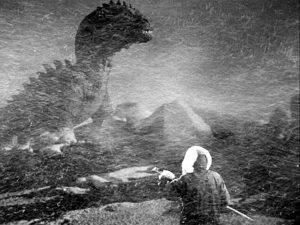 Okay, okay this is obvious and for many of you, not why you came. The reason is Ray. Harryhausen to be exact. Yes he did do the effects of the Rhedosaurus (a fictional dinosaur). For me this is his most contained use of models. It adds dimensions to the beast by making it stalk and smash but also by transferring the malevolent being to replicate Kong. As you know Kong was Ray’s inspiration and the Beast has factors of that here. Of course barring the heart of Kong. Its much more that power of mixing mass destruction with a creature that looks great and feels like it is on a rampage (also this was the inspiration for the 1980s classic game RAMPAGE so that is a plus!) 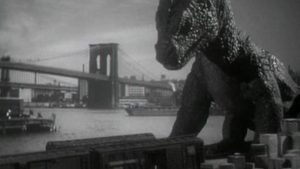 To the disc. Well what to say. The transfer is lovely and upscale to the 1080 seems to have benefitted it. The docs are so so however. The first about the finale should only be watched after the event. The second is better and reveals a dynamic relationship but deserves more time (as in the doc could have been developed and this would have benefited both.) 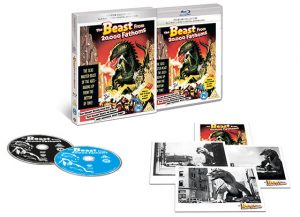 The Rhedosaurus and The Rollercoaster – Making The Beast