Lift To The Scaffold Review 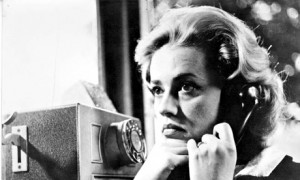 Oh to long for that time in cinema when everything was little more untested; a little purer in spirit. A time when giants seemed to spring up with alarming regularity; equipped with the narrative and directional chops to silence critics and awe audiences. A time when collaborations with musical artists were freer and without so much contamination from the filthy, bloody hands of the corporate machine.

Louis Malle, the late great French director, arrived with his feature-length debut in 1958, Lift to the Scaffold. Aided by a wonderful improvised score by the jazz great, Miles Davis, this intricate murder caper is an important work that maintains its potency even today.

Thanks to the team at the BFI, audiences are being treated to a re-release and welcome reminder of this marvellous work.

The story centres on business-man, Julien Tavernier. He has a plan to murder his employer; a man who is also his lover’s husband. After executing the move, he departs from the office. Upon departure, he realises that he has omitted to remove a vital piece of evidence. He returns to the premises. Whilst doing so he becomes trapped in the lift. Panic sets in. He is desperate for escape before the police discover the body. Meanwhile, outside, his car is stolen by Louis and Veronique, a couple of teenagers who go on a joyride that quickly loses any concept of ‘joy’ from the equation. A chain of events then unravel with unanticipated consequences and startling implications. 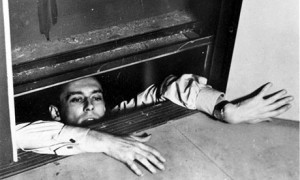 This is scripted so tightly, so utterly successful in blotting out any risk of indulgence, that it surpasses any contemporary assessment through the veil of antiquated nostalgia. It is timeless fare. There is little or no padding. It is woven with utmost care in staging and setting. Every drop is a cue for later significance.

It was the catapult for Jeanne Moreau (Jules et Jim) and it certainly did nothing but signpost the emergence of an articulate director in Malle himself. Mind you, he was already basking in the glow of an Academy Award for his documentary ‘Le Monde Du Silence’ (1956). However, this etched a mark in the drama category. What a mark it remains. On its own terms, as a piece of entertainment and nothing more, it is a complete masterwork.

Lift to the Scaffold is released on 7th February at BFI Southbank, Curzon Renior, IFI Dublin and selected cinemas nationwide.