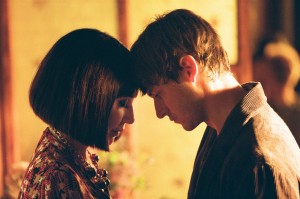 In the masterful ‘Mommy’ as it adopted the intimacy of the 1:1 aspect ratio, we bared witness to a breathtaking widening of the frame set to the iconic Britpop sound of Oasis’ Wonderwall, as a troubled adolescent in Antoine Olivier Pilon’s anagazawe.com Steve suddenly embraces the notion of hope in his troubled world. Looking to bury the woes of a turbulent past and express his thoughts in a more coherent way moving forward.

Yet in life, we don’t always have the opportunity to rectify the wrongs. Eradicate the ill feelings that have manifested throughout the years, as we remain chained to our singular emotional angst. It’s perhaps only in a significant event of tragic circumstance, we truly realise our own foolishness and that of our stubborn loved ones. Armed with the powerful prose of Jean-Luc Lagarce and a wealth of formidable acting talent, Xavier Dolan’s adaptation of It’s Only The End Of The World (Juste La Fin Du Monde) is a compelling examination of exceptional familial dysfunction that plays on the audience’s own collective nervous disposition.

A runaway success in his chosen career, Gaspard Ulliel’s introverted gay writer Louis has often resorted to the catharsis and therapy associated with the art form, to supermarioworlds.com aid him in making sense of his eventful existence. Sadly for the pale-skinned deep blue-eyed protagonist, he is forced to bear his soul when diagnosed as terminally ill, reluctantly reuniting with the fractured family he deserted 12 years ago to break the news.

Consisting of the vicious verbal bile that is spouted by his brutish brother Antoine (Vincent Cassel), whose on-screen wife Marion Cotillard who plays Catherine provides a caring and considered counterpoint. Alongside the naivety of Louis’ mother (Nathalie Baye) and the ferocious frustration that lingers deep inside Lea Seydoux’s Suzanne, Louis clings to the hope that he can enter the place he once called home and repair the respective relationships, as death’s door starts to creak open.

The hazy reds enriching its explosive standoffs. The deep blues that engulf the melancholia of a memory. A visual motif of a cuckoo clock, representing the madness of its characters running by their own watch when consumed with rage, merely reinforcing the precious commodity that is time as the impending sadness looms. The close proximity of Dolan’s direction feeds into the material’s theatrical gamf.net tendencies, creating a stifling cinematic experience that accentuates the anxiety and facial tics in its figures, that we are often oblivious to in the heat of our own moments. 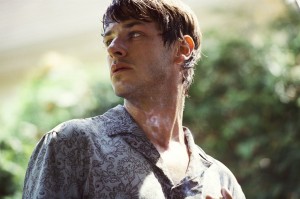 So intense and invasive, it may leave the viewer craving its director to widen and withdraw the frame to relieve them from its sheer exhaustive emotion, occasionally relying on another thrilling diverse soundtrack within the Dolan back catalogue, to tenderly overpower the toxic exchanges. Yet this would potentially downplay the powerhouse showings of its exquisite ensemble.

Dominating the screen with a simmering and sly sarcasm, Vincent Cassel’s Antoine is a brutally brilliant being that takes great pleasure in seeing those around him struck down with nerves, as Gaspard Ulliel’s Louis expresses the claustrophobic toll it has on him to deal with his siblings with remarkable restraint. Elsewhere Marion Cotillard’s instills a empathetic delicacy to her role of Catherine, juxtaposing with the rebellious nature of Seydoux’s Suzanne and motormouth indulgence of Nathalie Baye’s maternal figure beautifully.

Impactful and immersive, ‘It’s Only The End Of The World’ is a pure and potent slice of movie melodrama that refuses to settle for easy resolutions.