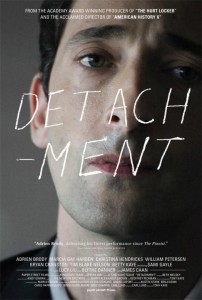 I came to Detachment with very few expectations, I didn’t really know what the film was about and I hadn’t really seen too much advertisement for the film, which apparently contained Adrien Brody’s best performance since the Oscar winning, The Pianist. I can honestly say, that Tony Kaye’s (American History X) film, which really is a social commentary on the state of the school system and the skills of parents (throughout the world, not just the USA) made me question exactly how to describe this (almost) perfect film.

One could accuse me of writing in hyperbole quite often when it comes to me expressing how much I enjoyed a film, but I don’t necessarily see that as an issue. Detachment is filled with it’s own hyperbole, in, what could be assumed as a very narrow view on the world, a very selected verisimilitude that presents a very specific view on reality that most people do not care about and are not affected by. But really, one must re-view Detachment as something more- a social microcosm for the underlying disturbance in teenagers all over the world and the ways in which if those issues are not ironed out, they can haunt you all the way into your adult life. 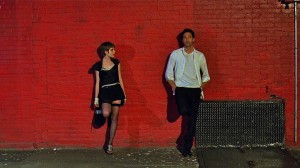 The film also, for me at least, brought into question the ways in which the medium of film is now used and how technology and good ol’ imagination can reinvigorate a mainstream medium, which is looking for new ways to intrigue an audience.

There is a very visceral side to Detachment, which I think can be overlooked in favour of the completely stunning performances all round by the cast, the delicately written screenplay or the narrative disjuncture back and forth through time. All these elements make the film, the beautifully haunting piece of work that it is. From the look of the textures in this film, the ways in which the images are placed on screen, one can feel the movements and trace the camera along a plot. You are both instantly consumed and violently alienated by the awkward close ups, the hand held camera and the dashes of colour. There is no cast member in this film that hides from the exploratory camera, you seen every line on every face (despite their age or Hollywood social standing) and you start to feel just as the characters are by the end. 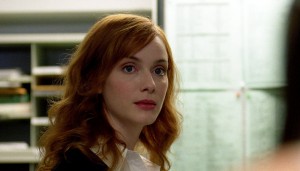 The story follows substitute teacher, Henry (Brody), who is never at a school long enough to create an emotional connection with anyone there. He is quiet, sad looking but above all, a brilliant teacher with magnificent insight. When he comes to his next job, the school is in complete disarray – both the students and teachers live unfilled lives who appear completely nonplussed about the state of the school. The students swear, are violent and have no intention in doing anything important with their lives. The teachers have given up- their lives, their supposed care for the students, it’s all gone. Things become even more confusing when Henry takes in young prostitute, Erica (played by the shattering Sami Gayle) and decides to look after her. Alongside the social commentary aspect of the film, we have a back story to Henry, which grows throughout about his grandfather in a care home and what happened to his mother to fuck him up.

A theme, which I took away from Detachment was the almost-connection. 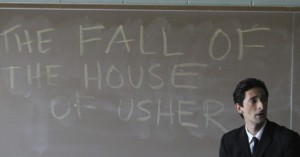 The film is truly a horror, not by any sense of convention. It doesn’t shock or scare or make you jump out of your seat, but it is horrifyingly true to reality and I think that is what makes it scarier than a ghost story. It comments on the treatment of teachers and the administration by parents, and the ways in which parents can also fuck up their children. 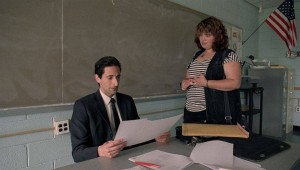 Another stand out with Detachment, are the performances by each and every cast member in the film. Stand out scenes include Lucy Liu’s breakdown in front of a student when she realises that like the students whose lives are going no where, the same can be said of her own. Also, when Henry is accused of getting too close to Meredith and he erupts in his classroom, there is a side to Brody, which rarely comes out but when it does, it shines.

Detachment came out in the cinema in the UK on 13th July, and I highly recommend you go and see this because even if you know little about the education system, you will find something to admire whether it’s the acting, the melodramatic aspect or the beauty of a very dark, and very lonely film.