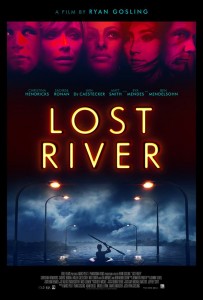 Set against the surreal dreamscape of a vanishing city, Billy (CHRISTINA HENDRICKS – Mad Men) a single mother of two, is swept into a macabre and dark fantasy underworld while her teenage son Bones (IAIN de CAESTECKER – Agents of S.H.I.E.L.D) discovers a secret road leading to an underwater town.

See Lost River followed by live Q&A with director RYAN GOSLING at cinemas across the country on 9th April.  Click here for a list of venues: http://bit.ly/1IJdVja

Tweet your Q&A question to @LostRiverUK stating the cinema you are watching the film in.