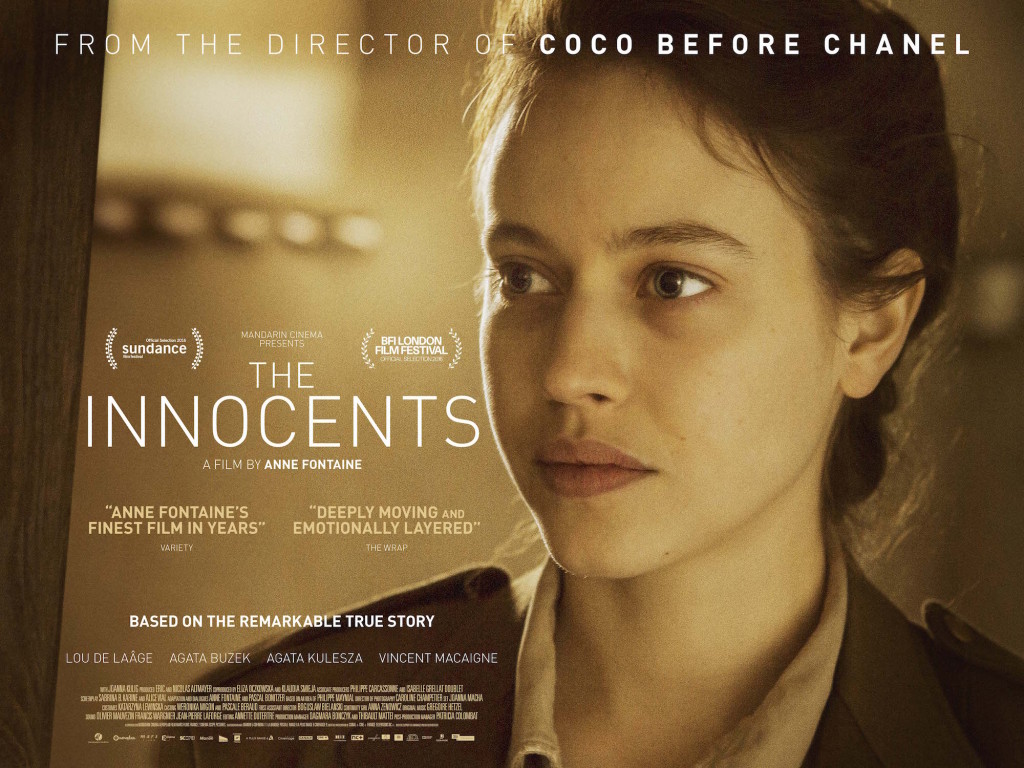 “Lou de Laâge shines in Anne Fontaine’s provocative historical drama”
IndieWire
“Anne Fontaine’s finest film in years”
Variety
Picturehouse Entertainment have unveiled the new UK cinema poster for BAFTA- and César-nominated Anne Fontaine’s (Coco Before Chanel) The Innocents just before its premiere at BFI London Film Festival. The Innocents stars Lou de Laâge (Respire) and Agata Kulesza (Ida).
In Poland in 1945, Mathilde is a young French doctor with the Red Cross on a mission to help World War II survivors. When a nun seeks her help, she is brought to a convent where 30 Benedictine nuns live cut off from the world. She discovers that several are due to give birth, having been assaulted by Soviet soldiers. Unable to reconcile their faith with their pregnancy, the nuns turn to Mathilde, who becomes their only hope.
The Innocents is produced by Eric and Nicolas Altmayer (The New Girlfriend, Saint Laurent, Young & Beautiful, In The House), with the screenplay from Sabrina B. Karine, Alice Vial, Pascal Bonitzer and Anne Fontaine. Eliza Oczkowska and Klaudia Smieja (Rams) are co-producers.
The Innocents is released by Picturehouse Entertainment in cinemas nationwide from 11 November.