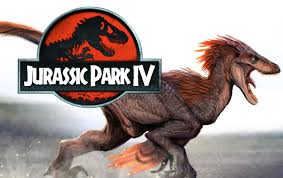 The fourth installment of the Jurassic Park franchise has been confirmed and the release date is scheduled 12th June 2015. “Jurassic World” will be directed by Colin Trevorrow whilst Steven Spielburg maintains an active role and will once again be the executive producer, having directed 1993’s Jurassic Park and 1997’s Jurassic Park: The Lost World.

The film was originally set to hit the big screens on 13th June 2014, but due to production and developmental delays, its release was put to ensure “the studio and filmmakers adequate time to bring audiences the best possible version” they can produce. The film is based on author Michael Crichton’s novel which features prehistoric beasts being brought back to life through gene technology. In spite of being announced only a year after it has already been 11 years since Jurassic Park III was released. Public expectations will be high as eager fans soak up its billing and advertisement.

Jurassic Park is one of the highest all time grossing films in history, despite being released 20 years ago. Within the last four years, nine films having leapfrogged them in the revenue ratings. With that being said all of these films have been blockbusters with monstrous budgets and various sound and visual effects. The likes of Batman, Iron Man, The Avengers, Toy Story, Pirates Of The Caribbean and James Bond Skyfall all surpassing Spielburg’s masterclass respectfully.

It goes to show how much the fans have been exposed to such entertaining and seat gripping movies in the past few years, adding to the high expectations fans develop each time a big film with a big reputation is announced.

Thus far the franchise has generated more than £1.2 billion worldwide and will be distributed by Universal Studios.