Despite all the madness reported recently over the BBFC’s banning of the sequel to 2010’s sickening horror, The Human Centipede directed by Tom Six, there is no deterring him from revealing information about the film, The Human Centipede II: Full Sequence at Fantastic Fest in Texas; the rest of the world appears to still be getting the film that was rejected by the British Board of Film Classification on the basis that it is “sexually violent and potentially obscene”. This means that the DVD cannot be legally supplied anywhere in the UK.

Six also had something to say about the BBFC’s decision; “My first reaction was that it was brilliant”, Six told Empire at Big  Screen, “but I’ve had enough now, and I just want people to see the film. They say it’s about a man who is sexually obsessed by the first film, but he’s just obsessed. The sexual aspect of it is so small in the story, and it’s been blown up out of all proportion. The few people who’ve seen it so far have all agreed with me. I’m very sad, because there’s so much black humour in my films. Britain is the country that gave us Monty Python, and so many people if they saw the film would laugh their asses off, because it’s just so grotesque. I can see that they might ask me for cuts, but to say that it’s un-cuttable and that it’s illegal to watch it here is just way over the top!” 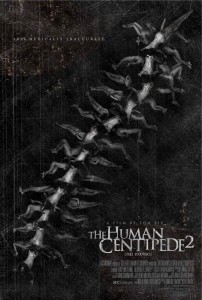 Six is already planning a further sequel to round up the trilogy entitled Final Sequence, which will shoot at the start of the year.