It’s been 12 years since the enormous lizard demolished New York in Roland Emmerich’s western remake, which was Big G’s (as he is also apparently known…) twenty-second silver screen appearance. Since then Godzilla has graced Japanese cinemas six more times, most recently in 2004 with Godzilla: Final Wars. This brings Godzilla’s film credits to a grand total of twenty-eight, kicking Kong to the curb. 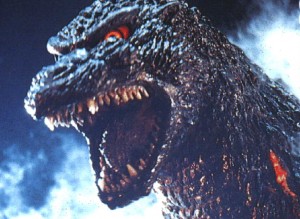 But if you all thought you’d completed your Godzilla collection (you know who you are), then think again. Warner Bros. and Legendary Pictures are looking to produce another massive monster flick and have just secured a deal with the grey reptile’s creators, the Toho Company Ltd.

While very little solid information is known at this point, the head of Legendary, Thomas Tull, had this to say: “Our plans are to produce the Godzilla that we, as fans, would want to see. We intend to do justice to those essential elements that have allowed this character to remain as pop culturally relevant for as long as it has.”

It is reasonable to predict that in line with most post-Avatar films, especially the CGI heavy ones, this Godzilla is likely to be produced in 3-D. Whatever else the film makers have in plan, let’s hope it’s better than what Emmerich gave us; a truly monstrous movie.