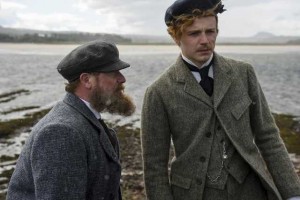 This year’s Edinburgh International Film Festival, taking place from the 15th-26th June. 2016 marks the 70th edition of the Edinburgh International Film Festival, making it the longest continually running film festival in the world. Since its inception, the Festival has sought to bring the best of world cinema to UK audiences and championed the work of the most pioneering and innovative film makers. 2016 will be no exception with the Festival showcasing a huge array of the best in feature films, shorts and documentaries over the twelve-day period.

Artistic Director Mark Adams has unveiled details of the programme, which will showcase a total of 161 features from 46 countries including: 22 World Premieres, 5 International Premieres, 17 European Premieres and 85 UK Premieres

The Festival will open with the thrilling drama TOMMY’S HONOUR starring Jack Lowden, Peter Mullan, Sam Neill and Ophelia Lovibond and will close with the re-make of the Scottish classic WHISKY GALORE! starring Gregor Fisher, Ellie Kendrick, James Cosmo and Eddie Izzard. Other Festival highlights include the UK Premiere of the highly-anticipated Disney-Pixar animation FINDING DORY, In-Person events featuring the likes of Kevin Smith and Kim Cattrall, a live orchestral screening of E.T. THE EXTRA-TERRESTRIAL, with John Williams’ iconic score performed live by the Royal Scottish National Orchestra, and the World Premiere of the newly-restored 4K version of the Scottish classic HIGHLANDER, celebrating its 30th anniversary with star Clancy Brown in attendance.

Other treats include a rom-com treat from Rebecca Miller in the form of MAGGIE’S PLAN, with Greta Gerwig, Ethan Hawke and Julianne Moore each 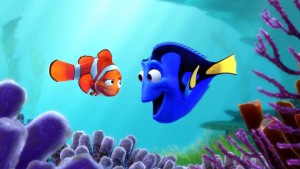 Mark Adams, EIFF Artistic Director, said: “It is a real thrill to unveil this year’s programme and I am looking forward to showcasing so many great films and welcoming so many talented filmmakers to our 70th edition. As always we like to offer an incredibly broad range of work to ensure there is always something for everyone – from mesmeric retrospectives through to absorbing new short films, to 130 new features from 46 countries, rest assured this year’s EIFF will challenge, provoke and entertain audiences in equal measure.” 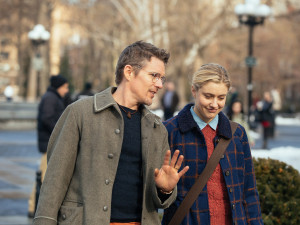 Cabinet Secretary for Culture, Tourism and External Affairs, Fiona Hyslop, said: “The Edinburgh International Film Festival is a highlight of the Edinburgh Festivals’ calendar and for screen professionals and film lovers from across the world. This year’s landmark 70th Edition is the perfect opportunity to celebrate the EIFF in its own right, to showcase Scotland’s screen talent and to promote our creative industries. “The Scottish Government is proud to support the Festival via the Expo Fund and have provided £110,000 this year to support the development of new filmmakers and the continuation of the highly successful Talent Lab.”

Natalie Usher, Director of Screen at Creative Scotland, said: “Congratulations to EIFF for bringing us such an exciting programme, a magnificent celebration to mark the 70th year. This year’s edition is packed with the work of Scotland’s most exciting filmmaking talent alongside an impressive array of the very best cinema from around the world. “EIFF provides an excellent platform to connect Scotland’s filmmakers with new markets, raising their international profile. The industry programme offers a vital opportunity for professional exchange and dialogue, a chance to maintain existing relationships, initiate new ones and spark off new projects and ideas. “All together this year’s Festival is sure to enlighten, inspire and entertain.”