A weekend of chick flicks?

There’s something about getting a group of girlfriends together for a night filled with junk food (chocolate is mandatory), wine and movies. The perfect films for these ladies nights are usually filled with dreamy leading men, lots of laughs, and the occasional box of tissues. In celebration of Keira Knightley’s new girl-centric comedy SAY WHEN, we’ve put together a list of the 10 best chick flicks of all time! Perfect for any night when there are no boys allowed, and we just want to feel like a teenager again! 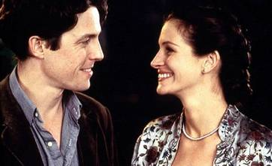 Julia Roberts and Hugh Grant falling in love: What more do you need for a perfect girls night in? This film follows the story of William Thacker, (Grant) a simple book shop owner whose life is forever changed from a chance encounter with Anna Scot: globally famous movie star. The three-time Golden Globe nominated romantic comedy is so good it might make you and your gal pals wander down to Notting Hill to find love on Portobello Road! 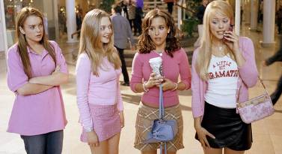 Written by Tina Fey, this comedy is the perfect chick flick. It centres on Cady Heron (Lindsay Lohan) and her interaction with Regina George (Rachel McAdams) and her clique (which includes Amanda Seyfried in her first film role.) Cady’s hilarious cat fight endeavours will have you and your friends laughing and quoting the film for days. Even now, 10 years after its release, it still has a cult following. We can’t get enough of it! And if you can, “you can’t sit with us!!!” 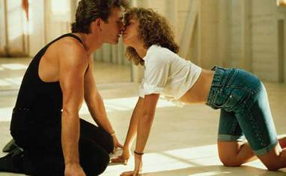 This 1980’s classic drama stars Patrick Swayze and Jennifer Grey. Spending the summer in a holiday camp with her family, Frances “Baby” Houseman falls in love with the camp’s dance instructor Johnny Castle. But a warning with this film: if you and your girls have consumed too much wine DO NOT attempt to re-create the film’s iconic dance moves, but do keep playing “Time of my Life” on repeat for the rest of the night. We won’t judge! 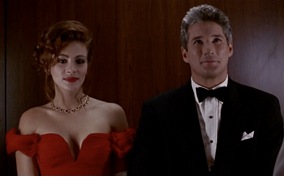 Pretty Woman is one of the most popular films of all time, seeing the highest box office ticket sales in the U.S. for a romantic comedy. Julia Roberts received an Academy Award nomination for best actress as the beautiful prostitute Richard Gere hires as an escort for social events, but ultimately falls in love with. The film is a great choice for girl’s night for so many reasons, but our favourite is the shopping spree scene! 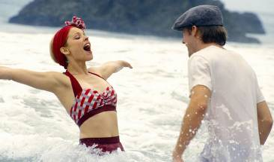 Get out the tissues and don’t bother putting on mascara for this one. The Notebook, based on Nicholas Sparks’s book of the same name, will have you crying like a baby by the end. The film stars Rachel McAdams (out of her mean-girl role and as a perfectly charming leading lady) and Ryan Gosling as Noah and Ally: 17-year-olds who fall in love for the first time over the summer before Ally goes off to school. Seven years later, they re-connect right before Ally is supposed to marry another man (James Mardsen). If you’re not convinced that this should be your next girl’s night movie may we remind you once more of a shirtless Ryan Gosling? 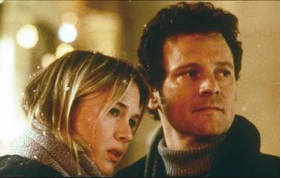 This British romantic comedy is actually a modern reinterpretation of Pride and Prejudice and is adapted from Helen Fielding’s novel of the same name. Starring Renée Zellweger, Hugh Grant, and Colin Firth as Bridget’s “true love” Mark Darcy, this romantic comedy is a perfect chick-flick. Zellweger gained a considerable amount of weight for the role and received an Academy Award nomination for best actress. If you’re in the mood for a marathon you can continue with its sequel Bridget Jones: The Edge of Reason! 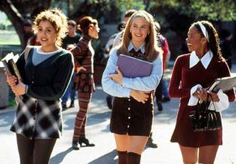 Alicia Silverstone, Brittany Murphy and Paul Rudd star in this 1995 teen romantic comedy, loosely based on another Jane Austen novel: Emma. Cher (Silverstone) is a wealthy and vapid teen living in Beverly Hills who attempts to makeover Tai (Murphy) while maintaining her popularity, school work, and family life. 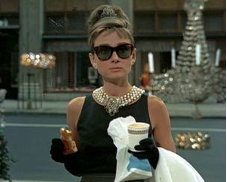 The iconic Audrey Hepburn stars in Breakfast at Tiffany’s as Holly Golightly: a naive and eccentric socialite living in New York City. It is actually said to have been one of Hepburn’s hardest roles due to the fact that Holly is such an extrovert and Hepburn was a self-proclaimed introvert. Her classic style of a long black dress, pearls and big sunglasses from the movie is still emulated today. Breakfast at Tiffany’s is one of Hepburn’s most famous films, and is a great choice for any girl’s night in.

This incredibly successful romantic comedy tackles the question: “can men and women ever really be friends?” Starring chick flick queen Meg Ryan and Billy Crystal, the movie documents the friendship of Harry and Sally through the years and through their harrowing searches for true love. Be on the lookout for the famous cafe scene!  You and your friends will be roaring with laughter. 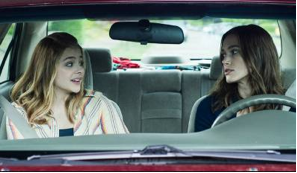 When 28-year-old Megan (Keira Knightley) visits her high school reunion, she realizes not much has changed in her life. She still lives with her high school boyfriend and works as a sign flipper for her father’s accountancy. When her boyfriend proposes Megan panics and runs into 16-year-old Annika. She decides to escape reality for a little while and spends some time with Annika (and her attractive single father Craig (Sam Rockwell)). This is a comedy about acting your age, and other adult decisions, and is the perfect choice for a girl’s night out at the cinema.

SAY WHEN COMES TO CINEMAS NOVEMBER 7