plasticity was an audio visual installation set up in one of the foyer areas. It allowed you to interact with microphones that were embedded into the wall. Inside the space were a network of speakers placed all along the walls, that came alive with sounds and an outer ring of light around them when they received an input from the microphones. 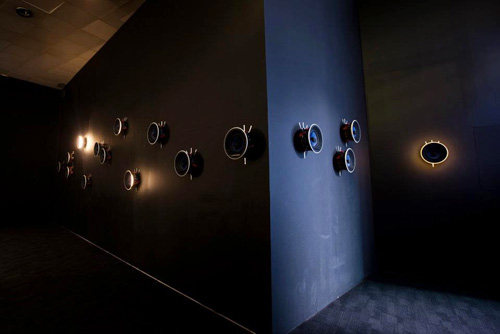 Each sound and the overall behaviour of the system was being processed by a computer programme that responded the the noices/voices from the microphones. Modelling patterns that are created in the brain. Throughout the festival it proved a very popular piece and it was great to hear the diversity of the project as you saw different people of all ages messing around with the mic’s, some just tapping them, some people singing into them and some just making crazy and random noises. It certainly generated a lot of interest. 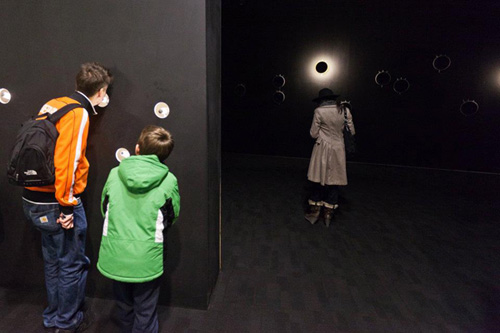