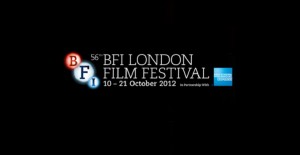 The 56th BFI London Film Festival in partnership with American Express started this week under the new creative leadership of BFI’s Head of Exhibition and Festival Director, Clare Stewart, bringing a rich and diverse programme of international films and events from both established and upcoming talent over a 12 day celebration of cinema.

The Festival will screen a total of 225 fiction and documentary features, including 14 World Premieres, 15 International Premieres and 34 European Premieres. There will also be screenings of 111 live action and animated shorts. A stellar line-up of directors, cast and crew are expected to take part in career interviews, master classes, and other special events. The 56th BFI London Film Festival will run from 10-21 October 2012.

At Front Row Reviews, we are looking forward to bringing you a wide selection of reviews and interviews from a wide variety of films – from drama, to documentary, to comedy.

Particular highlights include Sally Potter’s Ginger & Rosa, Tim Burton’s Frankenweenie, Ira Sachs’ Keep The Lights On, Michael Haneke’s Amour and Brandon Cronenberg’s Antiviral. From debut’s to premiere’s to well weathered director’s – we indeed to try and cover as much as possible.

As well as reviews, we also have some great interviews coming up on the site; including Sally Potter (Ginger & Rosa) and Charlotte Rampling (I, Anna).