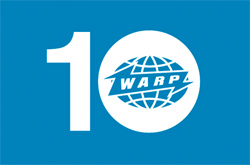 This Autumn, Warp Films are celebrating 10 Years of being in the business. There are a number of special screenings and events coming up and some fantastic Limited Edition Merchandise too.

A special screening of Shane Meadow’s This Is England in partnership with The BFI London Film Festival and Sonic Cinema. The film will be scored live by original composer Ludivico Einaudi and featuring regular Meadows collaborator Gavin Clark. 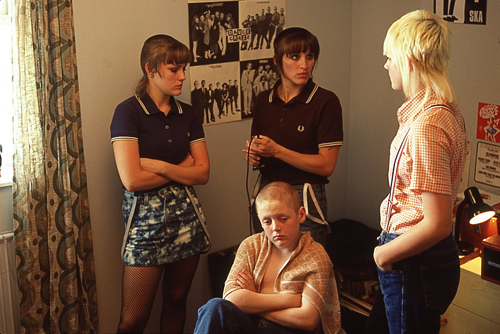 The Showroom will be screening various Warp Films productions from the last ten years, including a This is England marathon, with select films accompanied with Q&A’s, music and more. 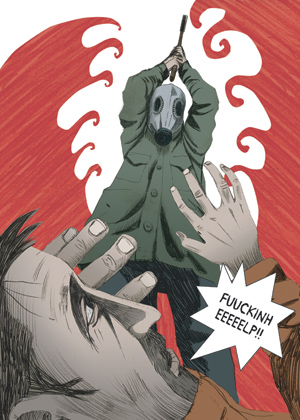 A special range of limited edition WarpFilms10 merchandise will be released through Bleep.com, including a very special WarpFilms10 book, chronicling 10 years of films with never before seen material. There will also be a reprint of the acclaimed Dead Man’s Shoes graphic novel (pre-order available), T-Shirts, film downloads and more coming soon.

Soon after, Warp Films’ debut feature Dead Man’s Shoes was released to critical acclaim, awards included the Hitchcock D’or (Dinard Festival) and the Southbank award for Best Film. Warp Films expanded in 2004 with Warp X, the low budget digital ‘studio’ backed by Film4, UK Film Council, Optimum Releasing, Screen Yorkshire and EM Media. A number of projects were created under the new label, including A Complete History of My Sexual Failures, Donkey Punch, Hush, Bunny & the Bull, She a Chinese and All Tomorrow’s Parties. The company’s breakthrough came in 2007 with Shane Meadows’ This Is England which won a flurry of awards including Best Film at the British Independent Films Awards, the Special Jury Prize at Rome Film Festival and Best British Film at the BAFTAs. At the same ceremony Paddy Considine’s Dog Altogether won the best short film BAFTA. Also released in 2007 was Grow Your Own, written by Frank Cottrell Boyce. This Is England was such a success that in 2010 & 2011, Warp Films broke through into television with the sequelsThis Is England ’86 &’88 for Channel 4.

In 2012 Warp Films produced three 30-minute television dramas for the Sky Arts Playhouse Presents season; The Minor Character (written by Will Self and starring David Tennant), The Snipist (directed by Matthew Holness) and Care (starring Gina McKee). A new comedy series The Midnight Beast, recently aired on E4 and Peter Strickland’s highly acclaimed Berberian Sound Studio has just been released in cinemas in the UK. Warp Films currently have two films in production: Paul Wright’s Seaside Stories and Shane’s Meadow’s documentary about the reformedThe Stone Roses. Upcoming projects include Southcliffe, directed by Sean Durkin and written by Tony Grisoni and produced for Channel 4, and Jim Hosking’s ‘Privado’ for Channel 4 comedy.