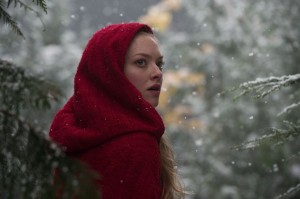 You’d think Catherine Hardwicke – director of 2003’s excellent Thirteen and a film with the sharpest commercial fangs of recent years (2008’s Twilight) – would be well placed to squeeze the cinematic juice out of the Brothers Grimm tale of a teenage girl and big teeth all the better to eat her with. But Red Riding Hood – starring Mamma Mia!’s Amanda Seyfried alongside Gary Oldman, and produced by Leonardo DiCaprio amongst others – seems to be struggling to make it safely to grandma’s (you see where I’m going with this) as far as the box office is concerned, and critically cannot keep the wolves from the door. Go and see it if you can’t get enough of brown eyes – apparently everybody in the film, other than Seyfriend herself, has them (naturally or thanks to contact lenses) including the strikingly blue-eyed Julie Christie. 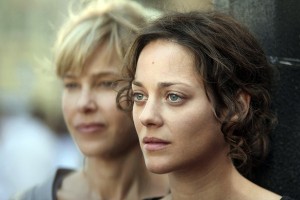 On an entirely different spectrum, both colour- and quality-wise, is Little White Lies – Guillaume Canet’s much-anticipated follow-up to the top-ten-list-tastic Tell No One (2006) that centres around the lies and revelations of a group of friends in the wake of an accident involving one of their number, to great comic and dramatic effect by all accounts. In preparation for the film’s August 2009 shoot, the cast – including Marion Cotillard (no doubt a key factor in boosting the film’s potential here in the UK and the US) – spent three May days together at the house that had been selected as the film’s primary location, as a way to familiarise themselves with hanging out there, and with each other. Go and see it if you like being privy to a good old friendly group tête-à-tête every once in a while. 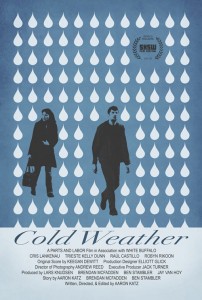 If not, other appealing possibilities include:

–        a slap in the face for the definition of the word ‘last’: The Last Picture Show is re-released.