DJ Cheeba will be performing his live re-scoring of the Ed Wood cult classic Plan 9 From Outer Space as a special warm up event to this year’s Film4 Frightfest 2015, on Wednesday 26th Aug @ 6:30pm (TONIGHT!), Prince Charles Cinema. FRR caught up with him to ask a few questions about it. 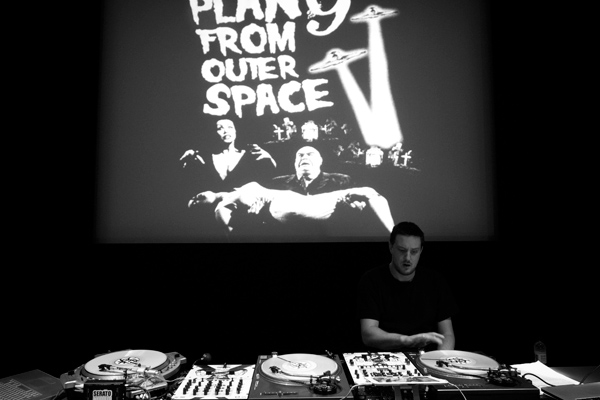 [FRR] Plan 9 from Outer Space is widely considered as ‘the worst film of all time’, what made you decide to do a re-score of it?

[DJ CHEEBA] The project came about after i was invited by The Watershed (Bristol Arts hub and Cinema) to pitch ideas for the BFI sci-fi season last year. I originally looked to classics like La Jetée and THX1138 but they tripped up on permission and licensing so i went for a film i knew was a cult classic, in the realms of sci-fi, chocker with fun samples and a score that was reasonably easy to replace, Plan 9 From Outer Space.

Where do you begin to put together a show like this? Do you follow the chronological order of the film or do you jump around to different scenes and piece all the ideas together? I’m guessing you need to start by watching the film a good few times!

Normally, when approaching video content for my shows, i look to see how stuff can be chopped up, re-ordered and flipped but we decided early on that we should keep the film as untouched as possible. The story and narrative is pretty disorganised as it is which adds to its charm so i focused on replacing the music and atmospherics.

The film already has a huge cult following, but what do you think your score adds to the film?

The original score is very generic for a 50s horror B movie so i wanted to modernise this and add more dark tones, atmospheric beats and at times more powerful and hard hitting music. I think it adds tension and power to the scenes while helping a modern audience relate and enjoy it as a whole. 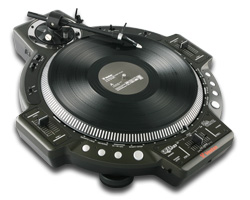 Your equipment list consists of laptops, DJ mixers, midi controllers, iPad based synths, drum machines, a voice changing megaphone and ‘DJ Q’Bert’s dream machine’, a super rare QFO turntable – can you explain a little bit about how you sync it all together?

For this score I’m essentially playing a blend of tracks, atmospherics and FX on the 3 turntables so its really layered up. The QFO allows me to tweak theremin tones in a way you can’t do on a normal turntable and the iPad stuff is for the parts I play live. The megaphone is a surprise. 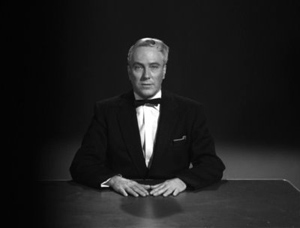 I remember the sample of Criswell’s opening monologue ‘Can your heart stand the shocking facts about Graverobbers from Outer Space?’ from the legendary Coldcut Journeys by DJ mix – many others have sampled the film too including Transglobal Underground and United Future Organisation – but nearly all are audio based.

Would you ever like to do an AV remix of it, more like your recent Beastie Boys, Paul’s Boutique shows?

Haha… not a bad idea but i doubt there’s enough tracks to make it a full mix. I have made a mixtape to help promote the show drawing in many of the track that were originally sidelined for the project which you can listen to here: https://www.mixcloud.com/DJCheeba/plan-9-from-outer-space-music-that-inspired-the-bfi-re-score/ (It is peppered with chronological dialogue from the film to add narrative and give a better sense of the scenes and atmosphere)

I’ve seen some re-score shows where there is no original audio from the film, they have a completely new live score played out on top of the original film but with subtitles running – i don’t think that works so well but what’s your take on that?

I’ve seen a few re-scores for silent films such as Lost World and Man With A Movie Camera which work well as there’s no dialogue to hide or subtitle. For this project i have sucked out all of the music that’s not covered by dialogue and in some instances muted the music and replaced the foley sounds. So i now play to what i’d call an accapella version of the film.

What other re-scores have you seen that have impressed you?

I’ve seen a lot but i think the most impressive was The Cinematic Orchestra’s score to Man With A Movie Camera. The score was beautiful and chock full of really well conceived music that worked incredibly well with the scenes and vibe of the film. I think having a full orchestra play is always going to raise hairs on your neck. I think there’s a live DVD on Ninja Tune which i highly recommend. 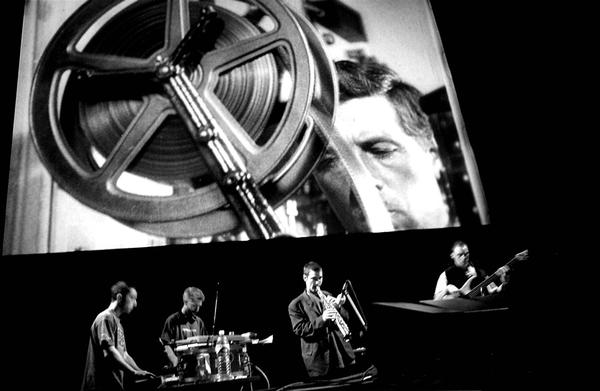 You have a Frightfest launch show at the Prince Charles Cinema tonight, do you have any other performances planned for the rest of the year?

Yes of course. There’s still a few festivals left to do as well as pushing the cinema shows, club gigs and other AV shows. You can keep up to date with my gigs and current roster of AV shows via my website http://djcheba.com

Have you got any other interesting AV projects in the pipeline?

I’ve just debuted a 3 deck, duel screen AV show called Double Vision at Boomtown Festival which i hope to take on the road following a tour promo video I’m editing now. Other than that maybe another movie re-score…? maybe fung fu this time? I’m open to ideas, answers on a postcard.