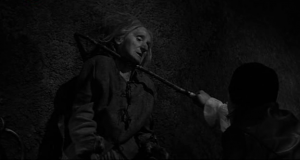 17th century witch trial provide rich commentary on the darkness at the heart of communism. When a poor worker woman steals the communion wafer, it is simply because of a superstition.  The belief is that a cow not milking, feed the wafer will begin again to milk and the family will have milk for sustenance again. The local priest thinks its is innocuous and she should be let free but the scheme town legal agent sees influence and a witch trial as reward and progress for him… 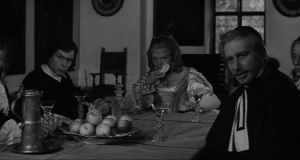 The most apparent portions of Witchhammer are clear for many to see. Subversion, self interest and human nature are barriers to any form of universal improvement of our lot. 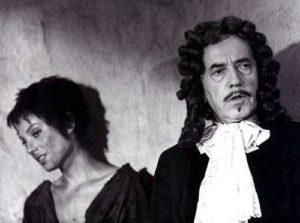 In Witchhammer it seems that anyone who is attempting to do good is restricted to this action by reason of deviousness and deceit. They are stricken with the sense of destruction that almost pervades a world of monsters. An alogorical reflection on the then communist regime and its many processes of control. The torture is visceral and directed toward nothing more than as Samm Deighan reflects, sexual fulfilment. 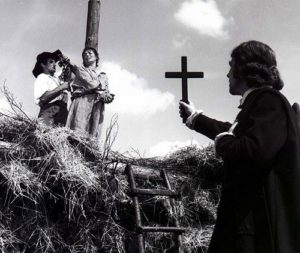 Its dark stuff and more the better for it. The comparison I could must was that of The Devils. A film that plays on the idea of power, state, religion and control. That is a good comparison. A film that deals with the menace of a state directed to be control and control for ideological or even a single persons purpose. As is the Crucible with its overture to witch hunts and narratives of power and false reality. You are left with the conclusion so rife in that time but almost forgotten today, the power of the few controls the many. It also tells you the version of events and how these events must be consumed. In a world of fake news and even faker presidents, this is a rewarding watch. 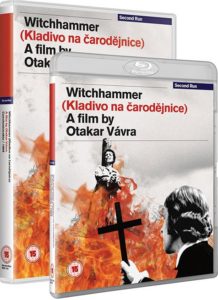 The Remaster is a delight bar a few worn edges but that cant be helped. Deighan piece is fantastic. Filled like much of her work with that detail and insight. The standout is Kat Ellinger amazing appreciation which is worth the disc price alone and also shout out to Michael Brooke here as well. 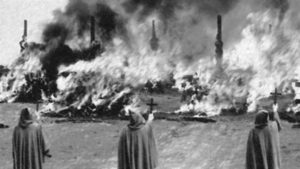