People of the Mountains DVD Review

The mountains are filled with trees and peopled with simple folks looking for nothing more than a life of joy and work. The problem however is that a landowner now has passed the land to a logging company. They kick everyone off of the land but Gergo who is to help the loggers. This might be okay for him and his family but it seems some have eyes on his wife and his life. 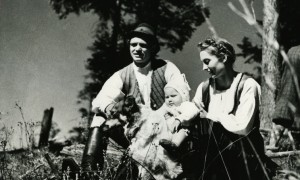 A film likened to Ford, Renoir or Dovzhenko is to be seen as a wonder of cinema. It is also to be taking at face value. We do not want to harm its sublime visual flair or narrative skill with the weight salt Dough Recipe of these mammoth film makers. This is a well constructed and particularly magnificently looking film from a director that has been under valued in modern cinema. Szots gives us a simple world, damaged by modernity. He gives us the dream of the worker, corroded by the scheme of the master and he gives us a cautionary tale as a melodrama of proportion and depth. 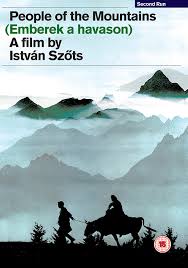 All in all the film is a testament to the greatness of classical narrative film making and film form as an easy guide to cinematic comprehension. It is like a warm and classic story that you were told as a kid about the world of the past. Good is good and defined as such, Bad is bold and bad and horrid. These fables are large in our world.  The booklet endorses some of this but also marks the skill of a natural story teller, a great cast and a cinematography who knew salt dough handprint how to define and contrast depth in the frame and emotion around it. The restoration has now comparison but has age issues in that it has cloud but looks great otherwise. Someone will complain and to them I will say, grow up and understand my point. A film fan wants to know. It is worth every penny and more and you should have this film in a collection or as a film lover. My film remark is that the booklet gamf.net work of John Cunningham is a revelation and he is worth a search to find out his other works.

• Presented from a high-definition digital transfer of the brand new 2K restoration of the film created from the original nitrate negatives by the Hungarian Digital Archive and Film Institute, supervised by renowned cinematographer Sándor Sára.

• Available for the first time on home video in the English-speaking world.