To Sir With Love Blu Ray 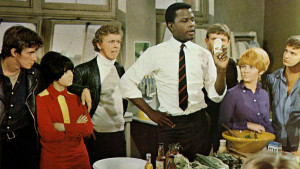 Mark Thackeray (Sidney Poitier) has a degree in engineering, a knack for being nice and an inability to find work in his field. To make do, he becomes a teacher in an East End school that is populated with a bunch of lower class kids that aren’t troublemakers, they are just living in a world that is hard and unfair. Many have never really seen school as anything but a prison and stifles them for their behaviour. While the students are under his care, he nurtures them and gives them something else…hope and respect. 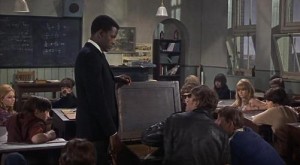 Funny, heartfelt and often tender in its way, the film is a clash of cultures classic that still has body and weight. I like the films caring personality. Teachers are fodder for films about misdirected youth, as they often are about the lack of a role model and a influence that is caring. Youth has to explore and expand into a world and films about them often look at youth challenging authority and each others stereotypes.  They are also about the growing up of the spirit in a world alien yet real. This is all that and great for it. 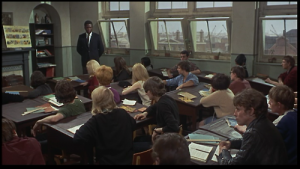 The extras in this film are on the mark but I loved the commentaries. The Judy Gleeson is superb and reveals some of the ways actors and crews make film work. The other thing is that it makes us see the fact from the supposed.
Audio commentary with actress Judy Geeson, and Twilight Time’s Julie Kirgo and Nick Redman
Audio commentary with author E. R. Braithwaite and author Salome Thomas El
Isolated Score (LPCM 2.0)
Interviews:
– “Those Schoolboy Days” (23:31)
– “Look and Learn” (10:57)
– “E.R. Braithwaite: In His Own Words” (23:42)
– “Lulu and the B-Side” (5:01)
– “To Sidney with Love” (5:14)
– “Principal El: He Chose to Stay” (10:58)
“Miniskirts, Blue Jeans and Pop Music” featurette (15:19)
Image Gallery (20 pages)
Theatrical Trailer (3:17)